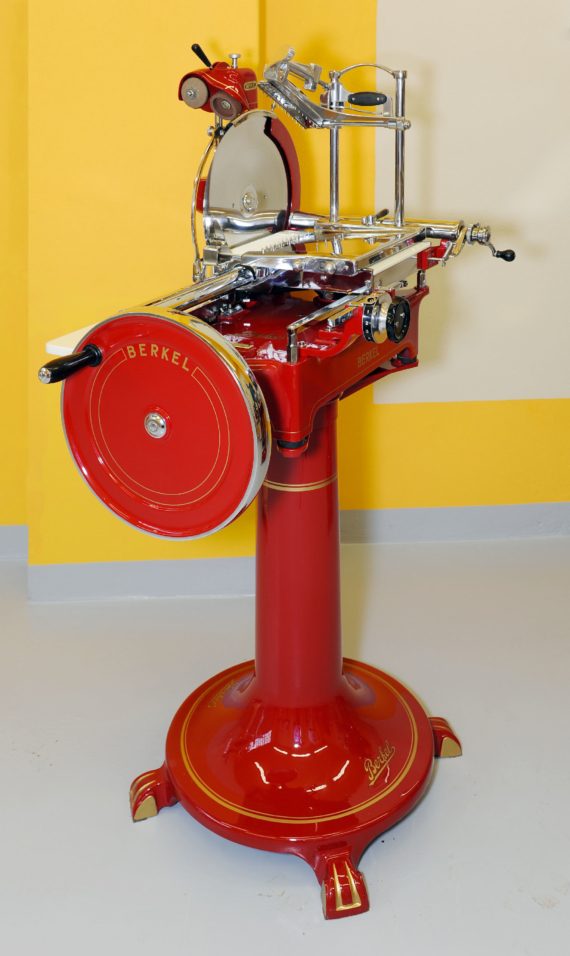 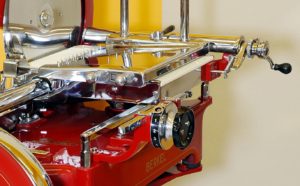 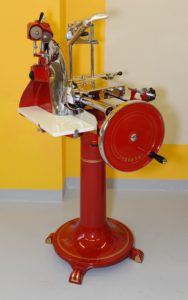 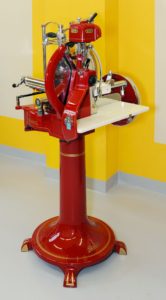 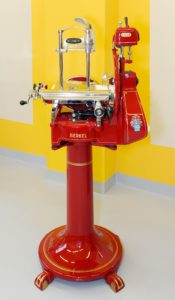 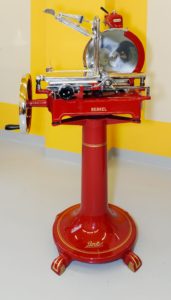 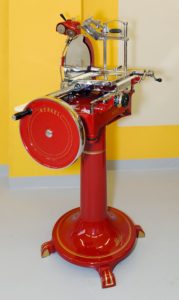 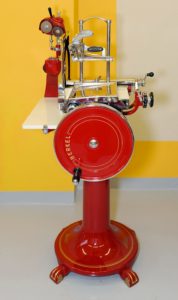 Close to the blade the shifting cart runs inside a hub capped by an round guard. While in the opposite side  the cart leans on a square rod by means of a bearinged wheel. That is different from the model 8H-21 1st series where the cart shifts by a slot inside a painted square rod. The two shifting guides are supported by four small columns (two for each part) fixed on the base. 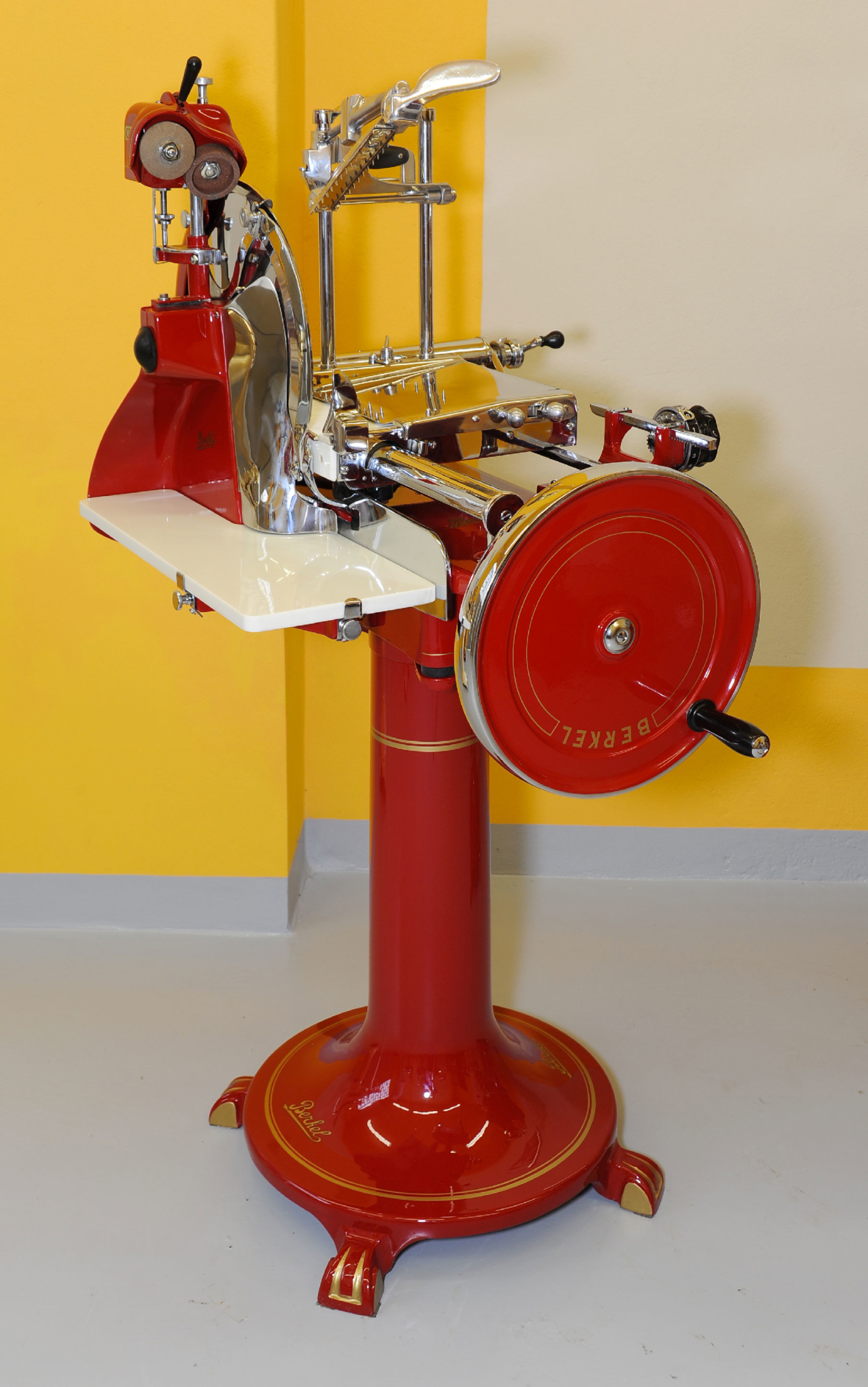 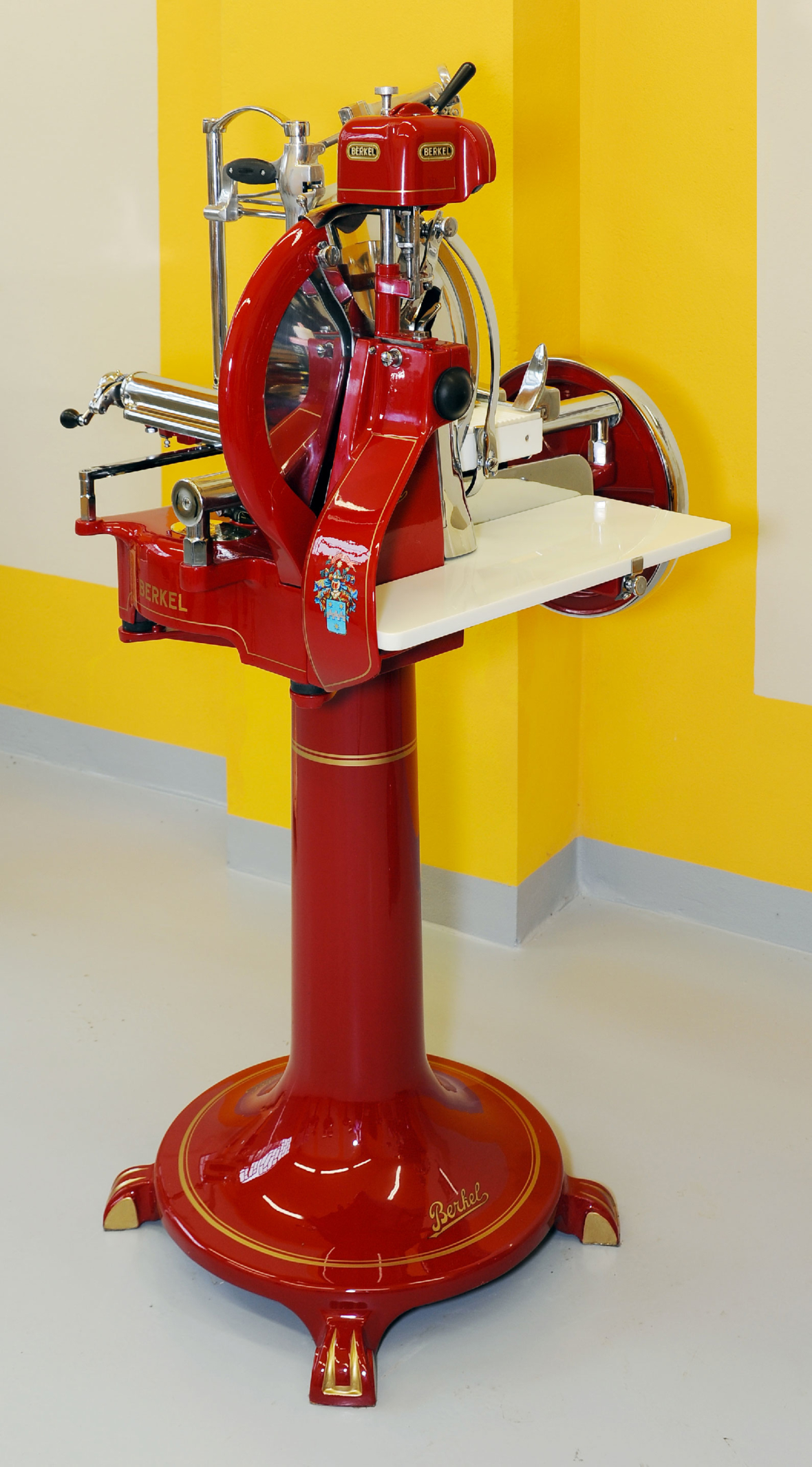 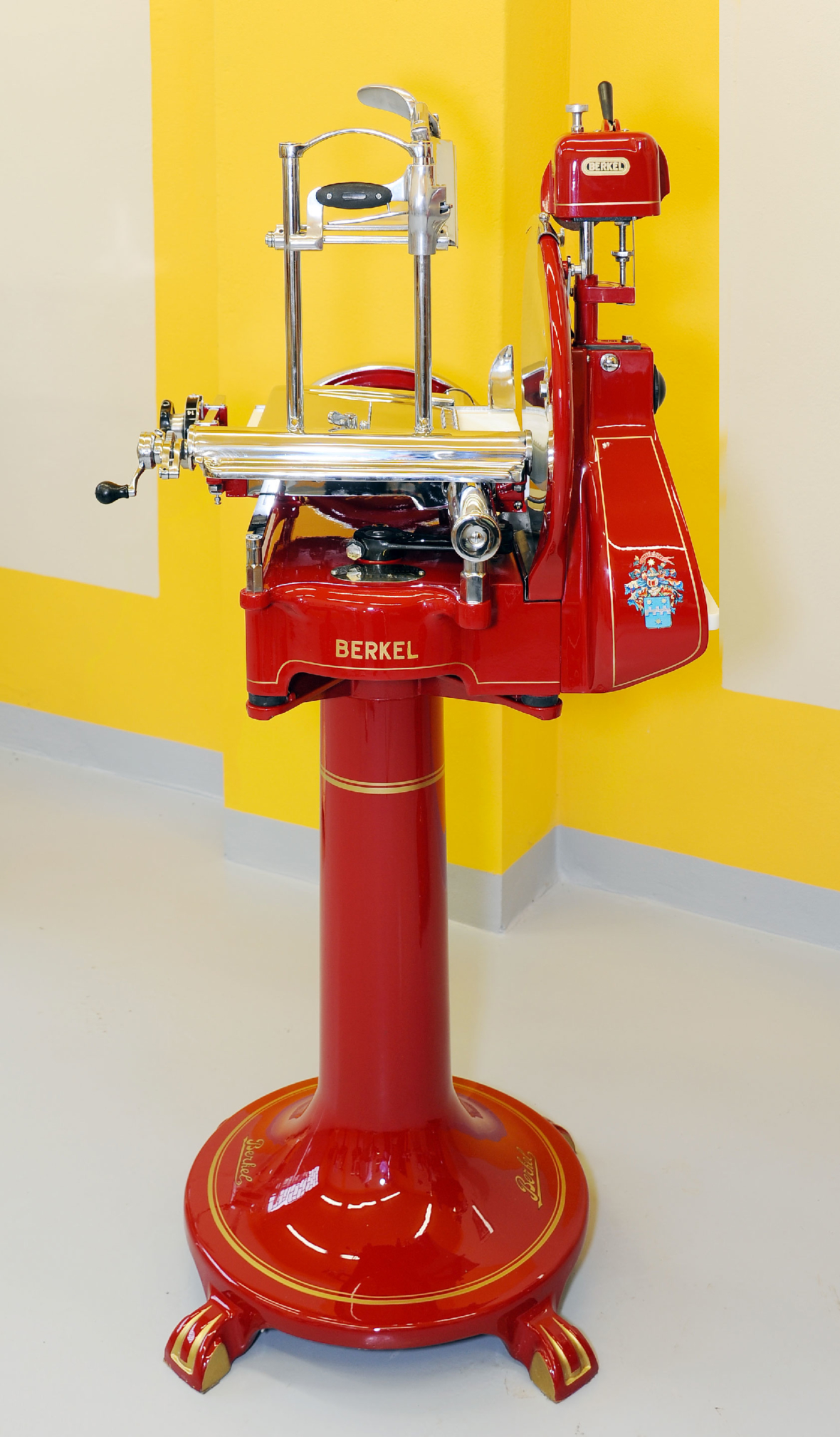 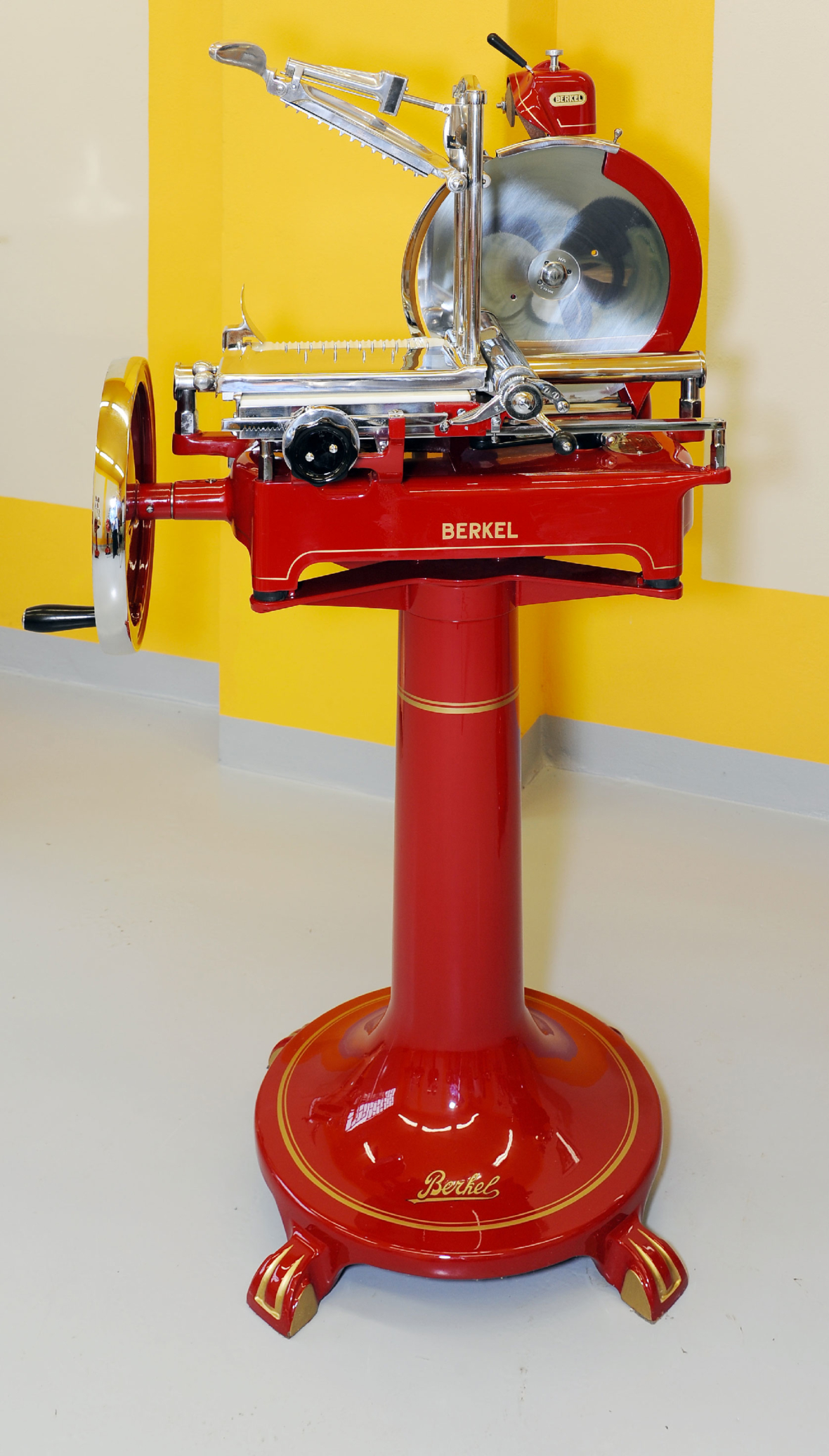 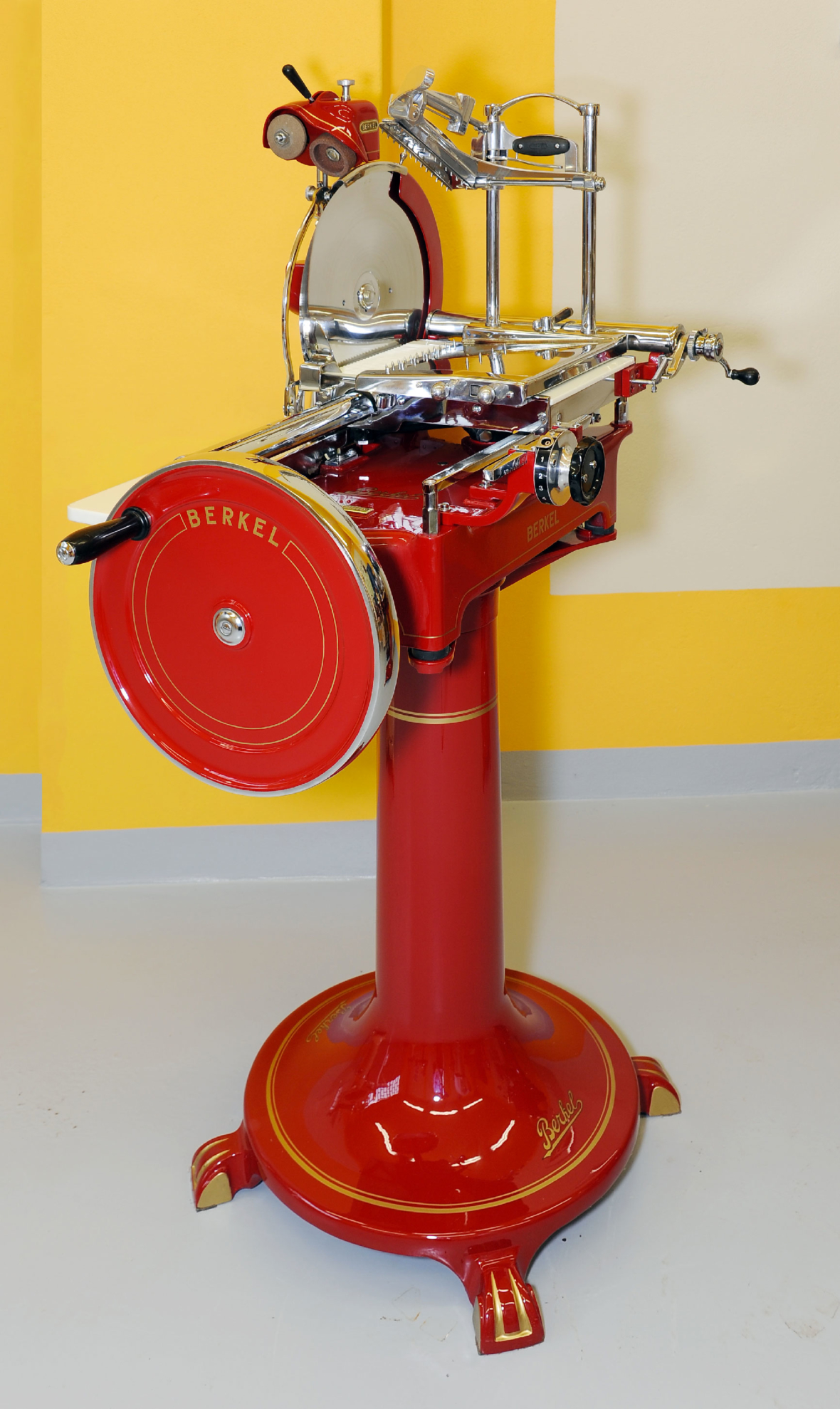