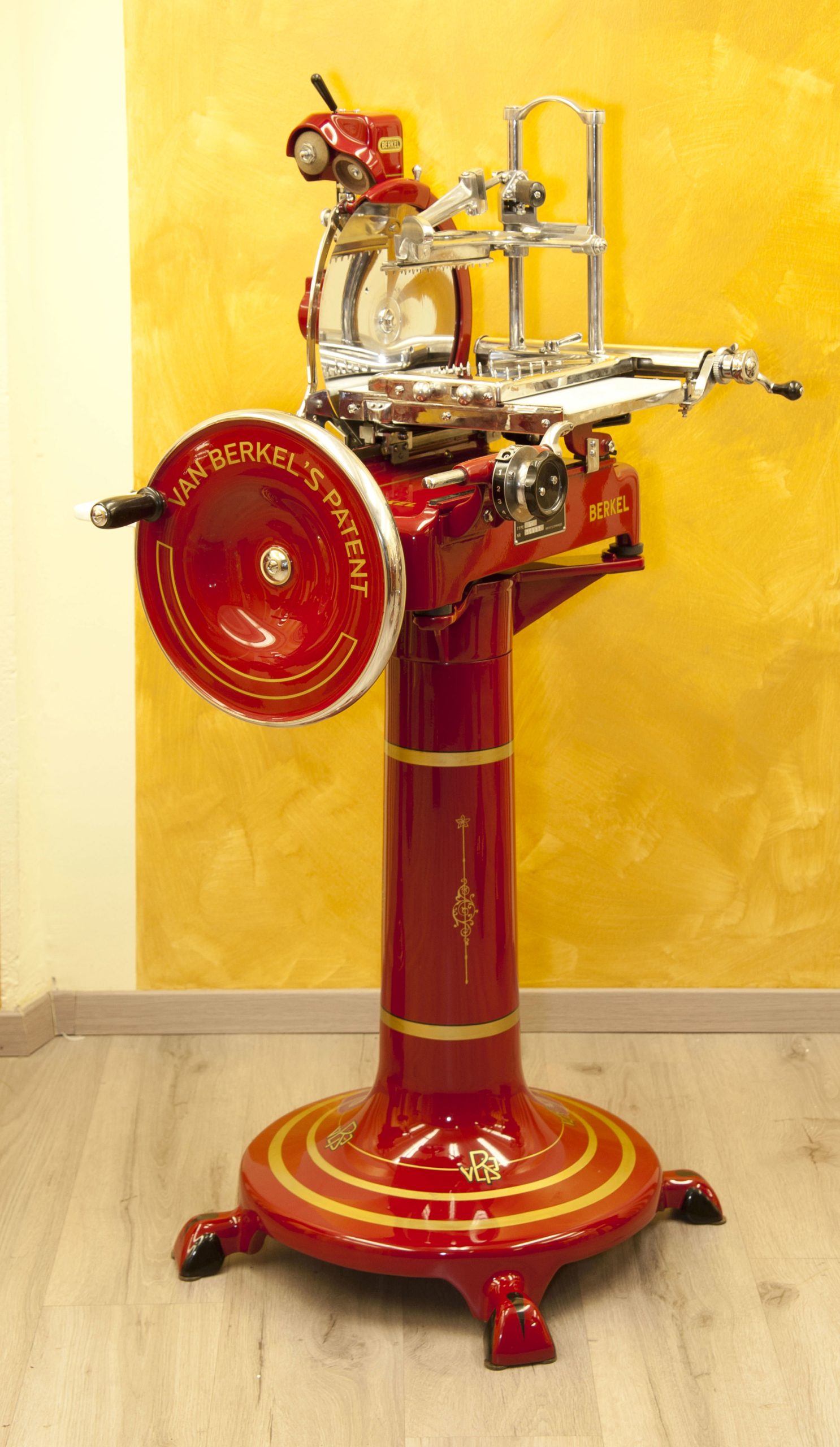 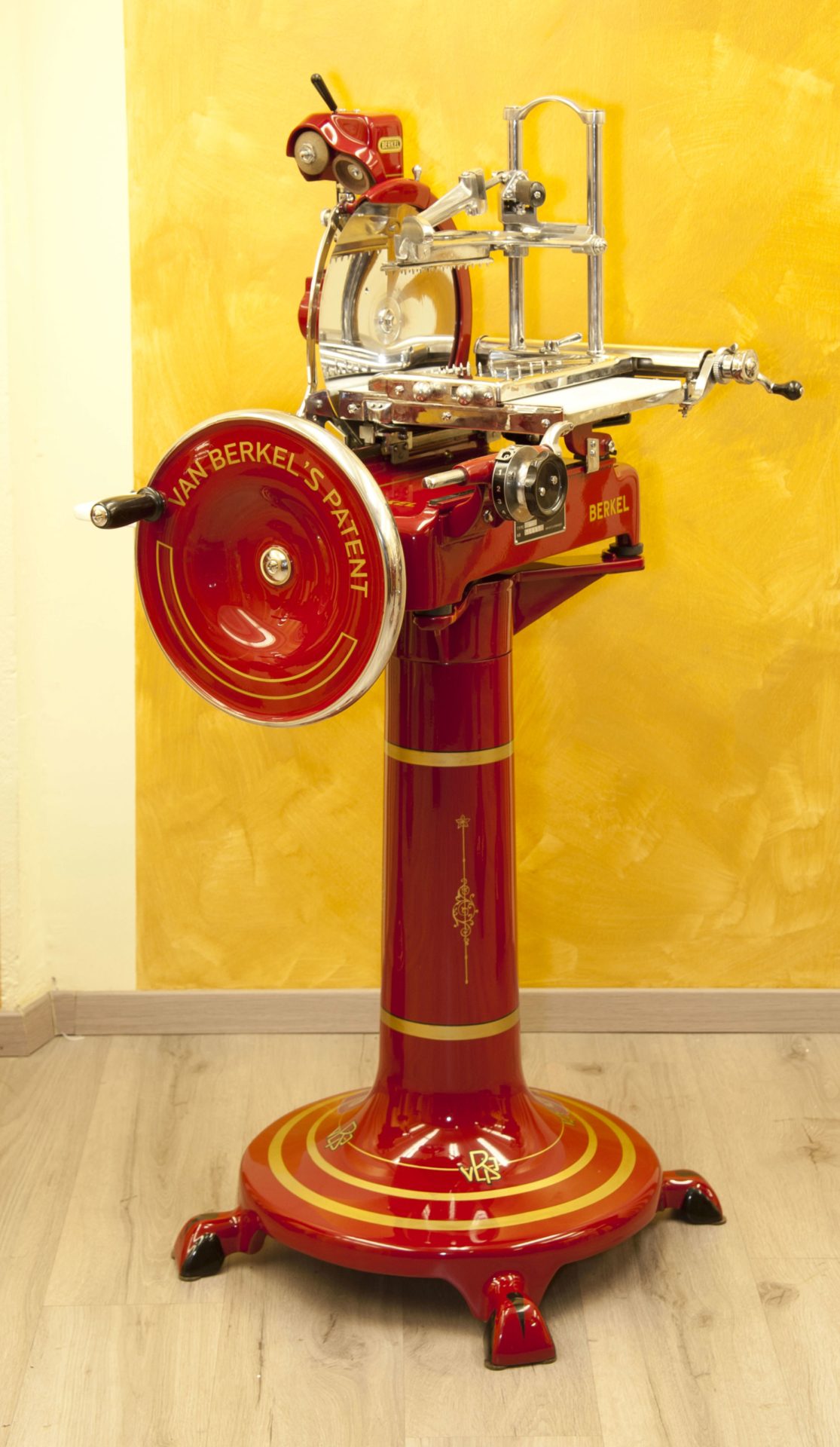 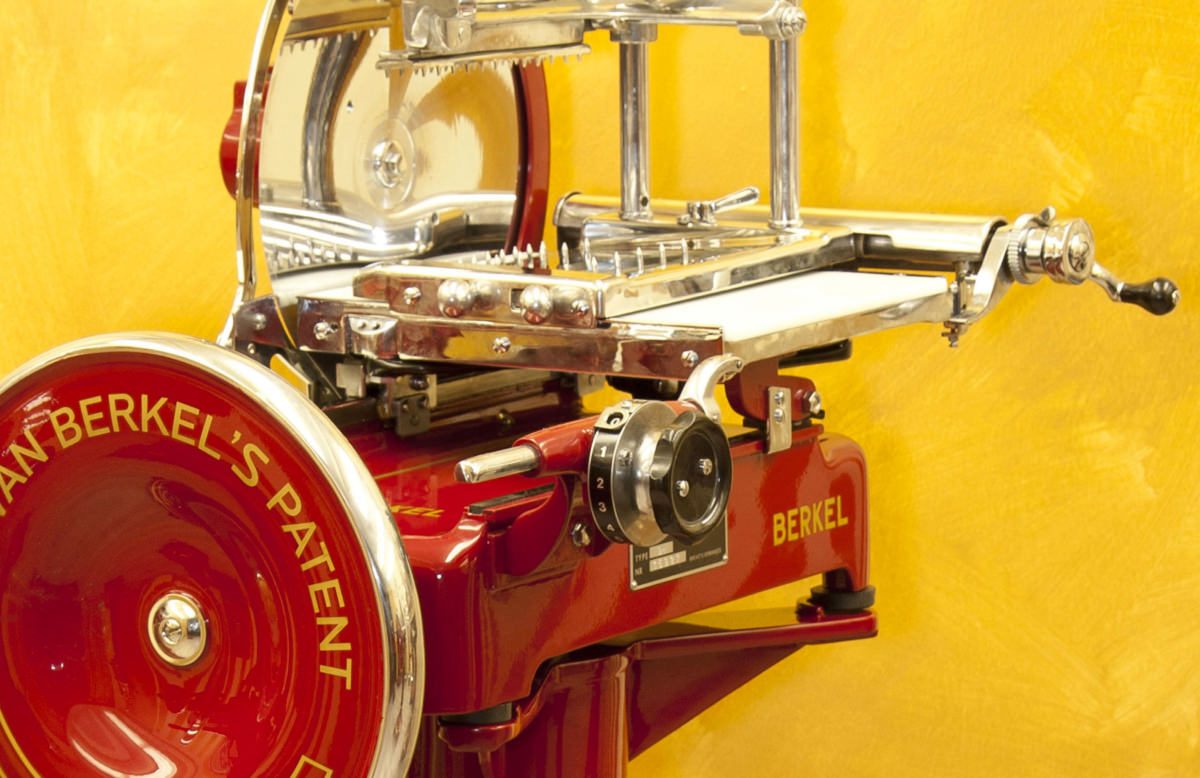 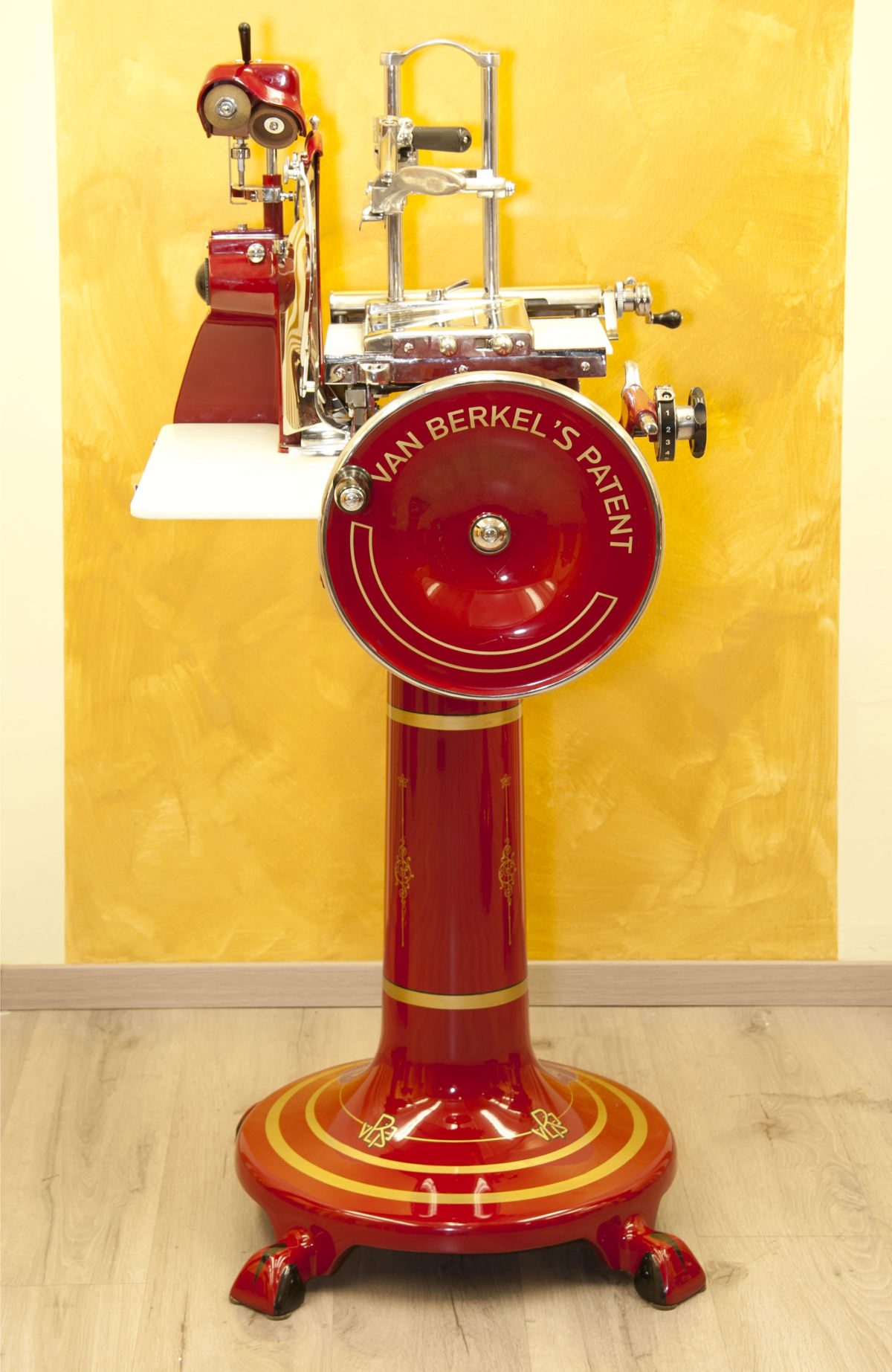 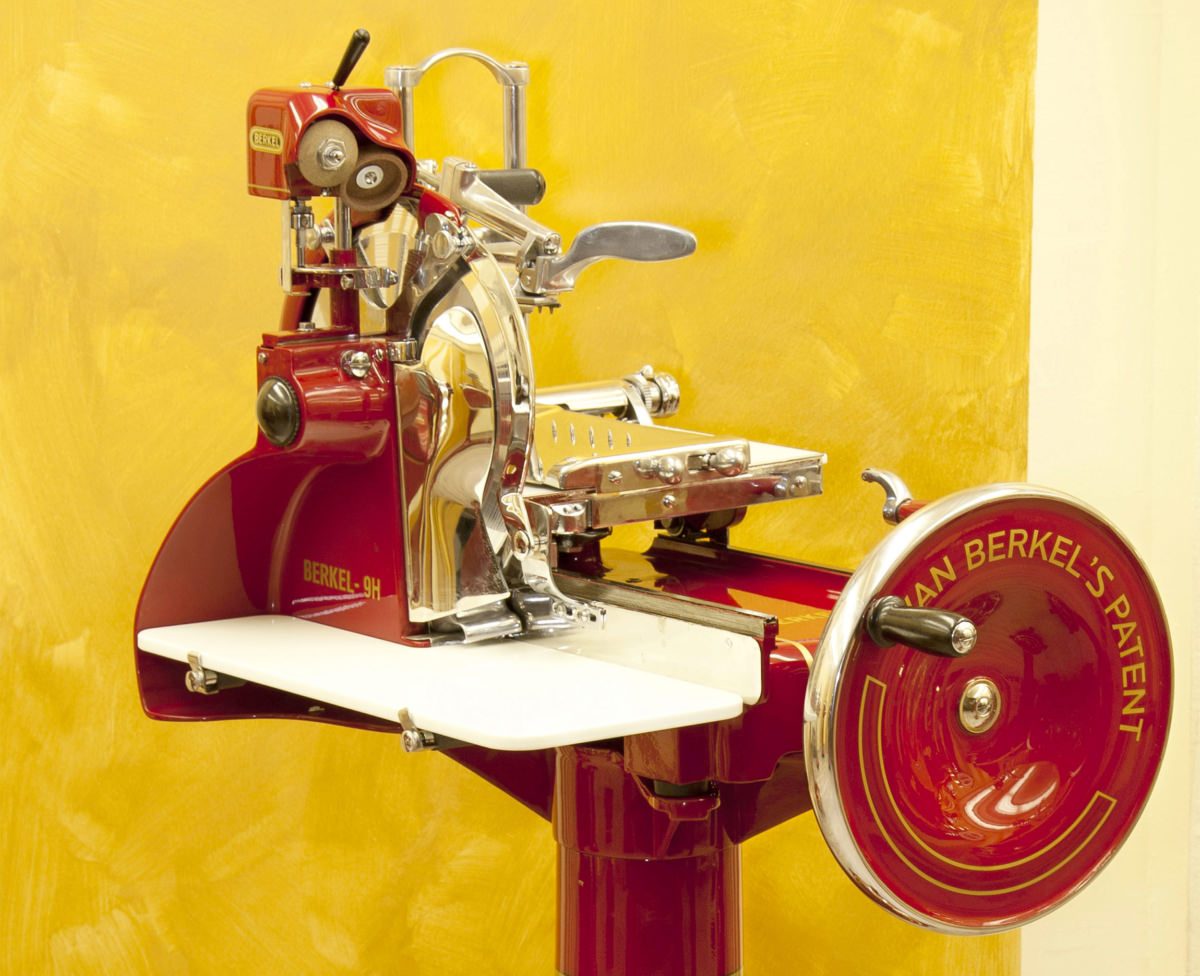 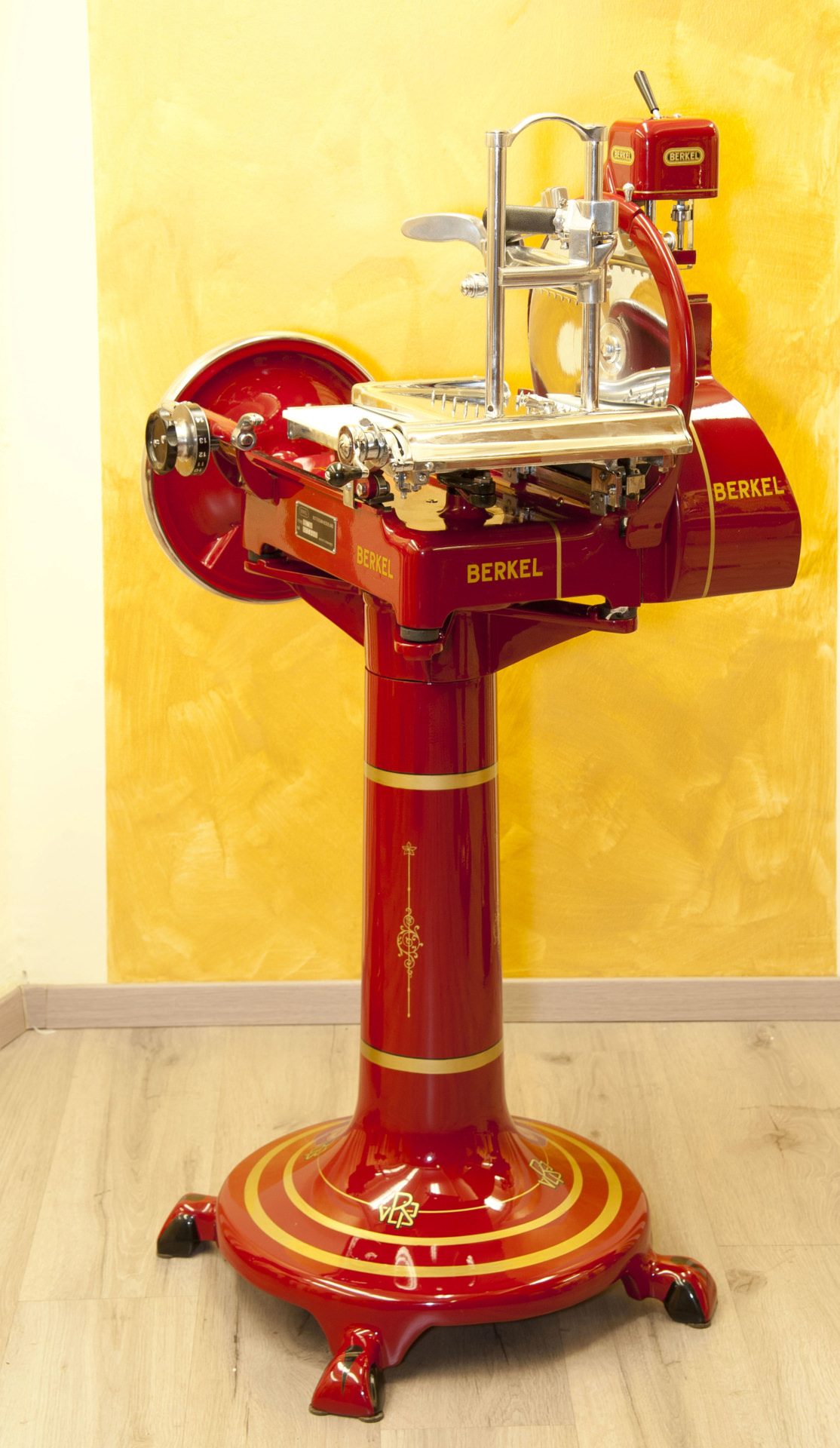 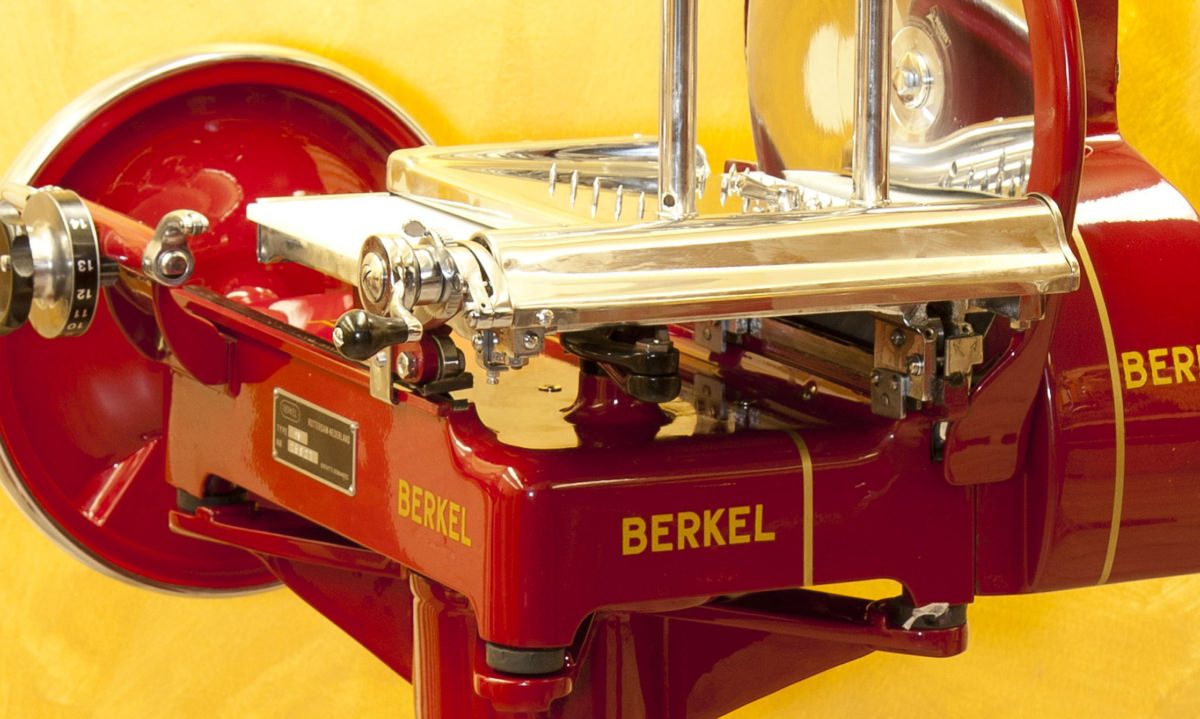 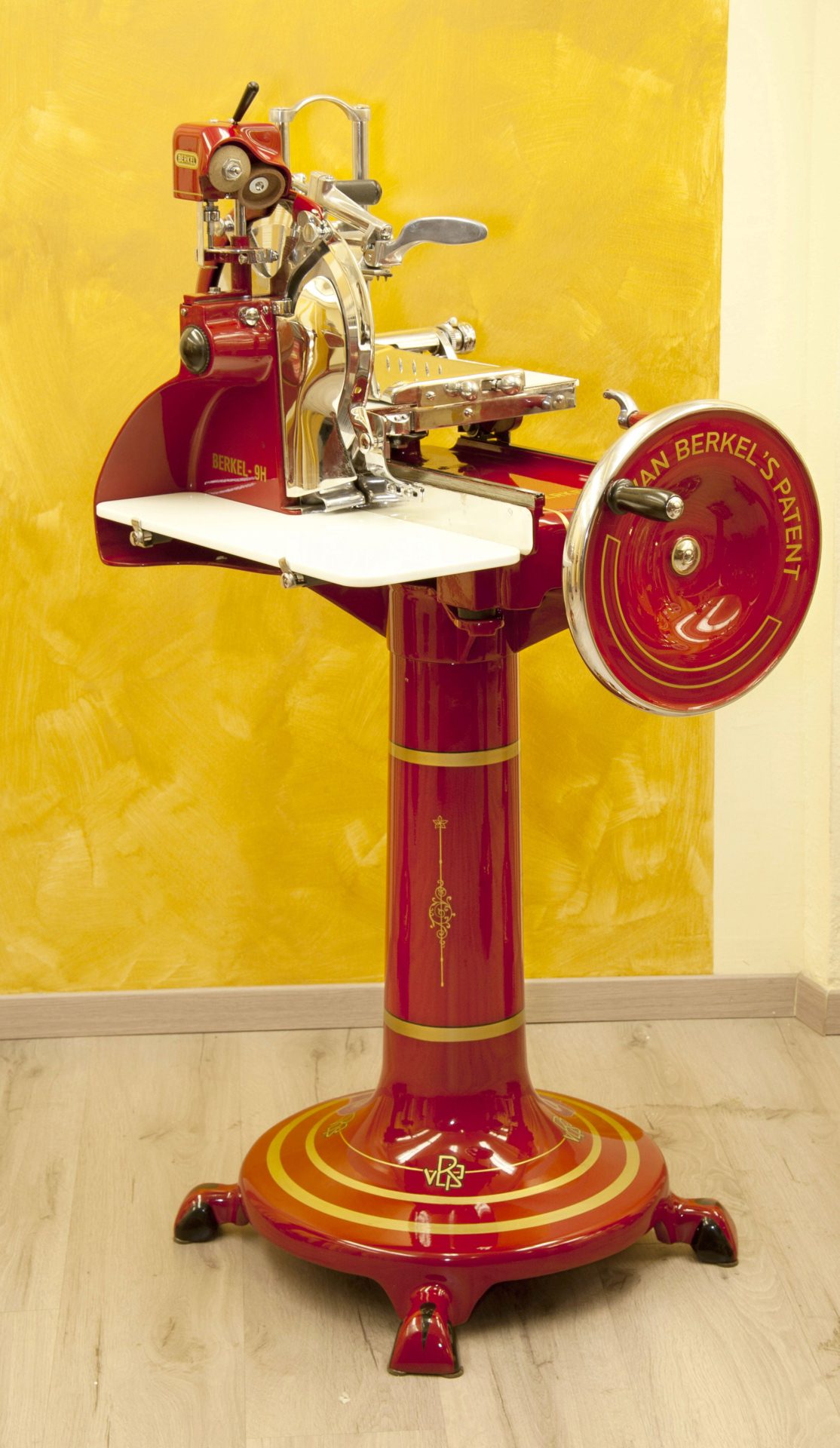 Berkel slicer model 9H, is produced and distributed from 1935 until the sixties.

It is a short dimension slicer that, for its mechanism and slicing skills, in no way is inferior to the most wanted masterpieces.

The cart shifts on wheels driven by a rail laying on the base. 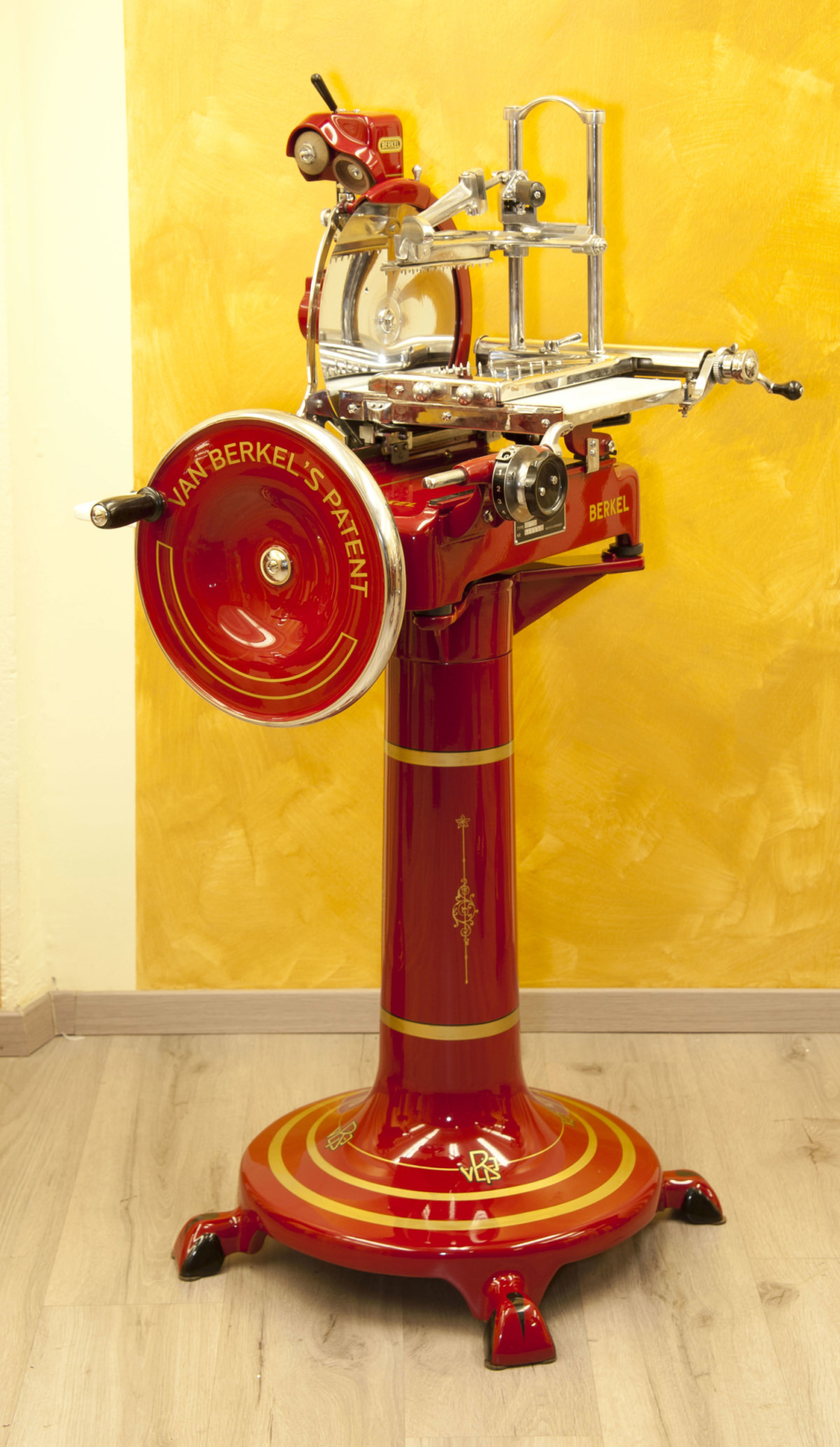 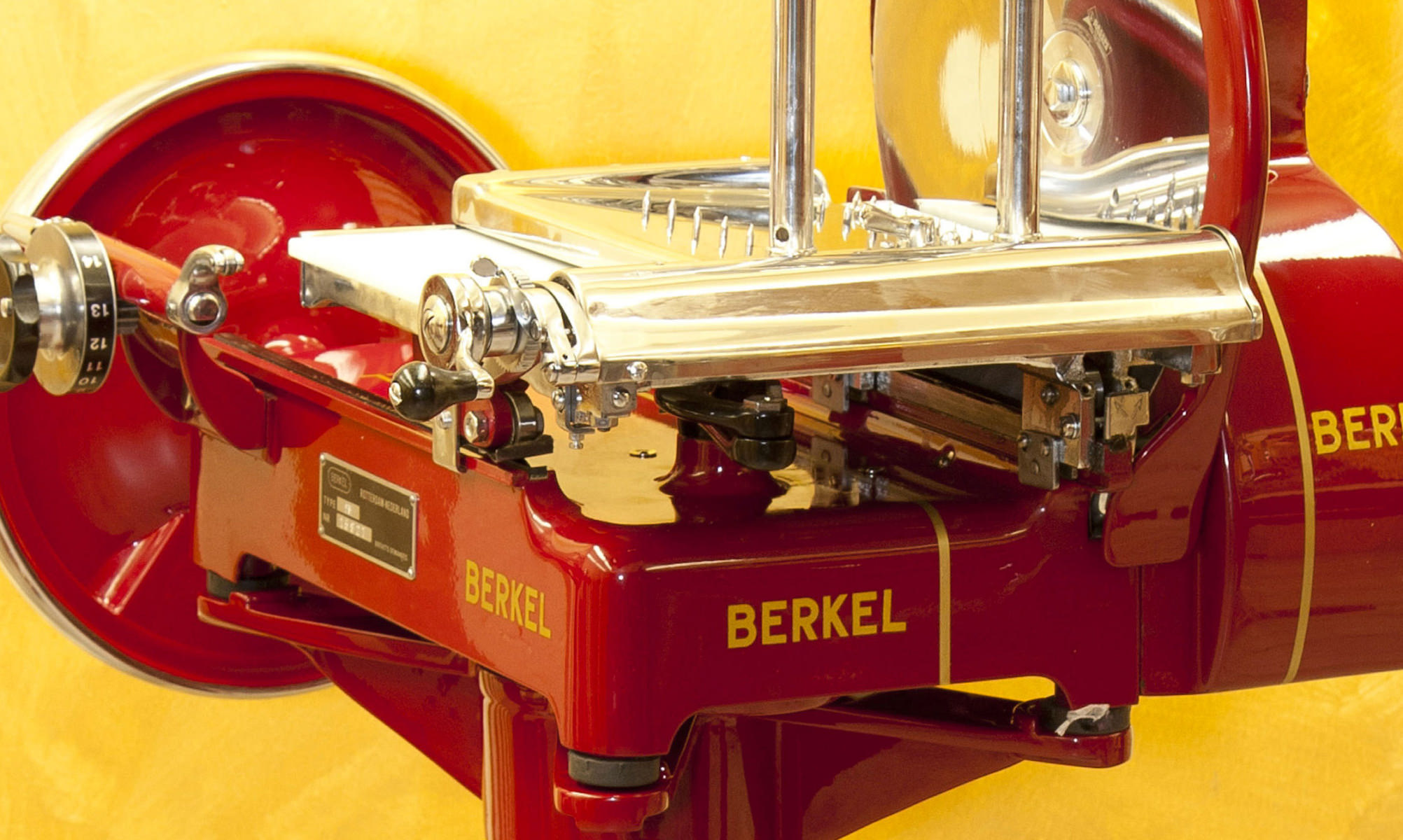 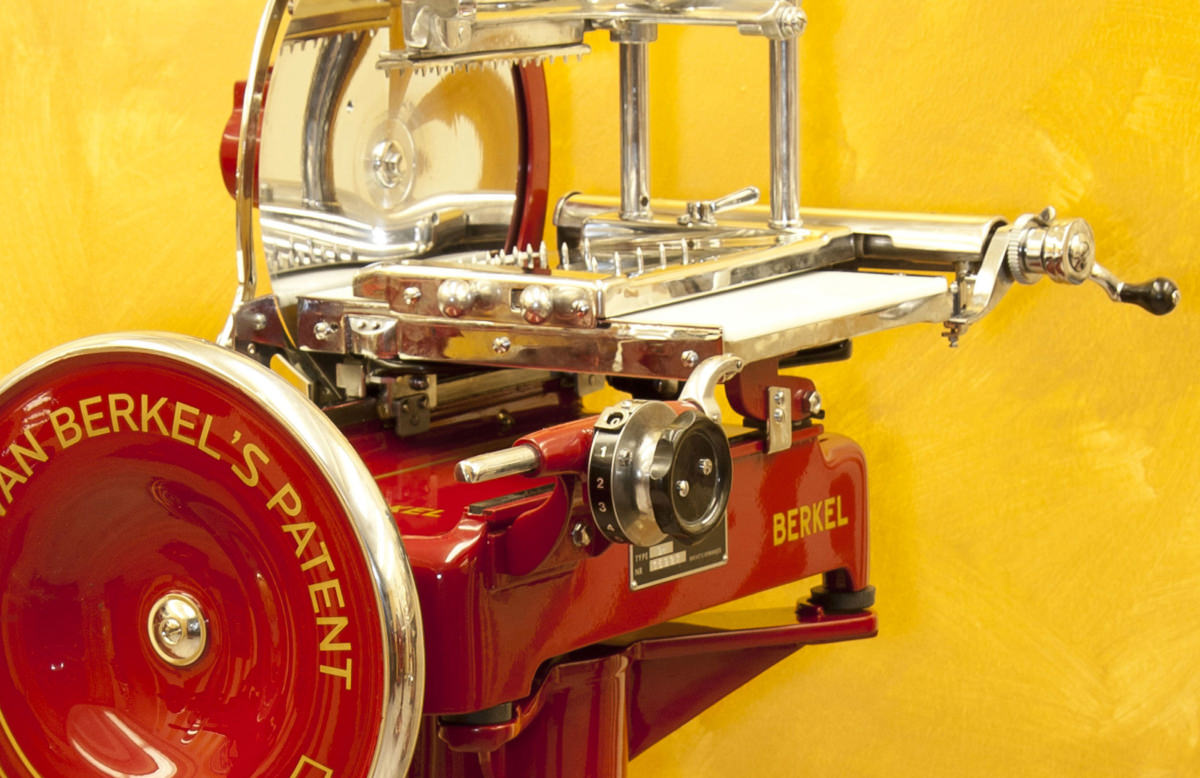 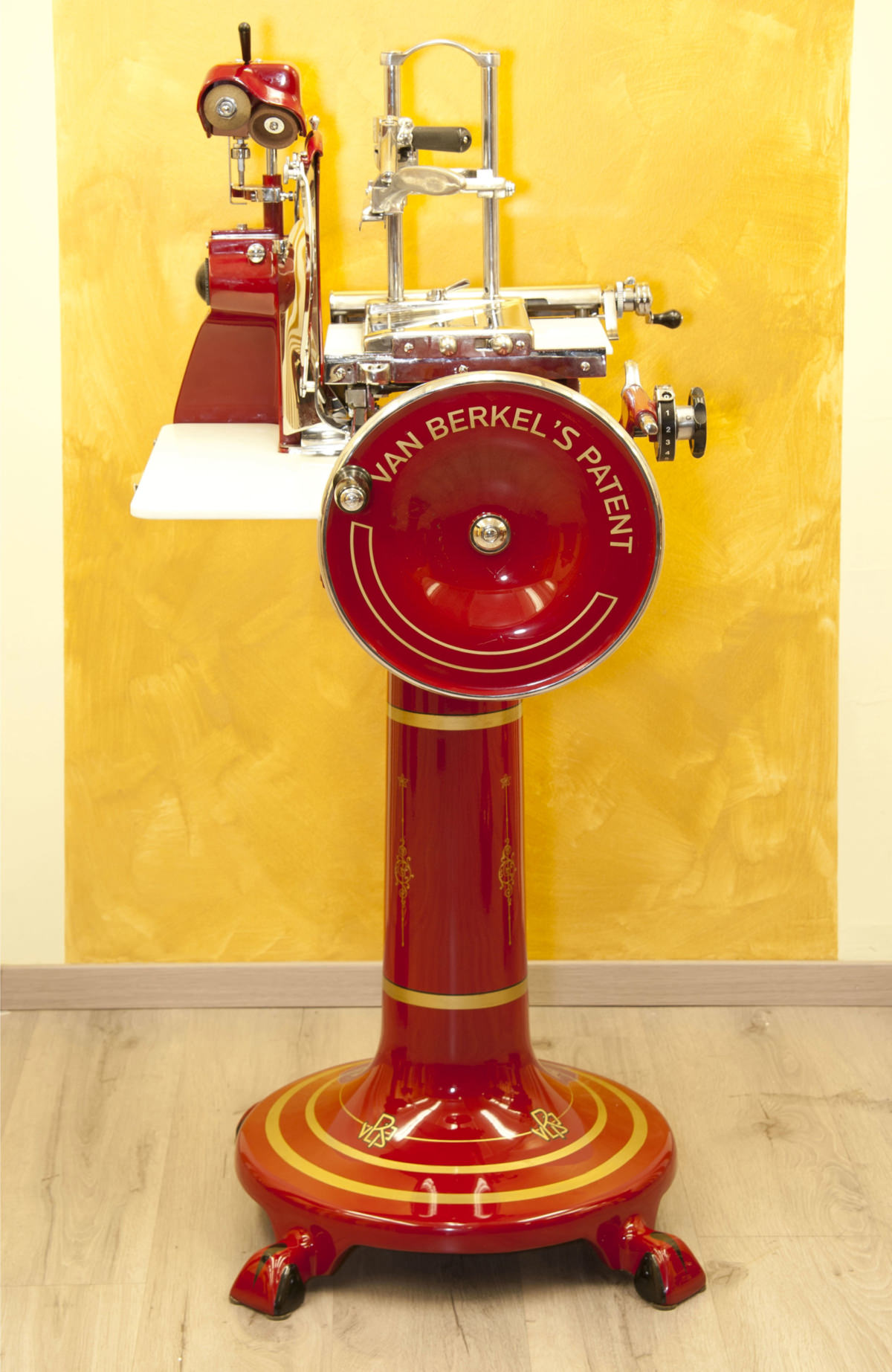 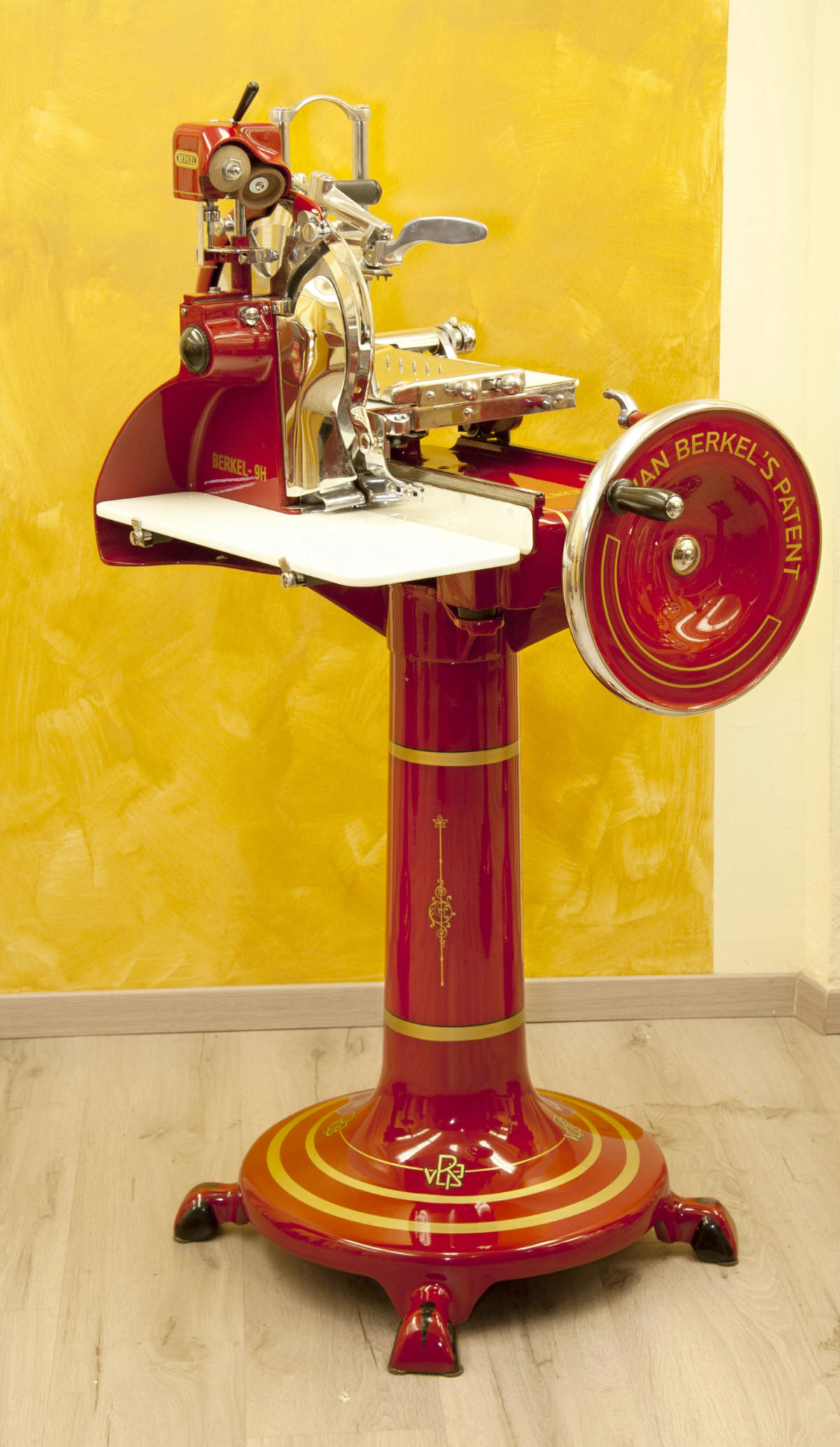 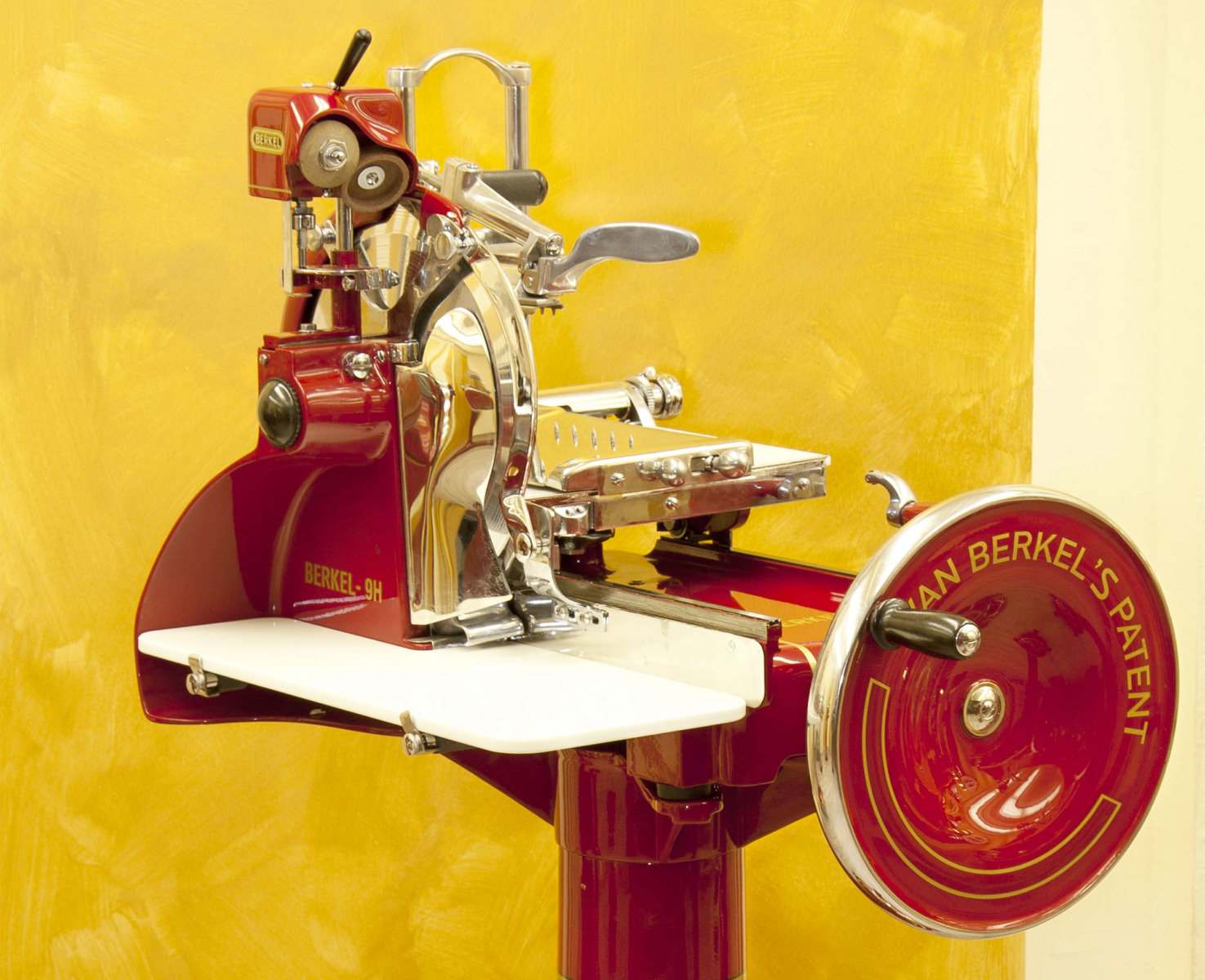 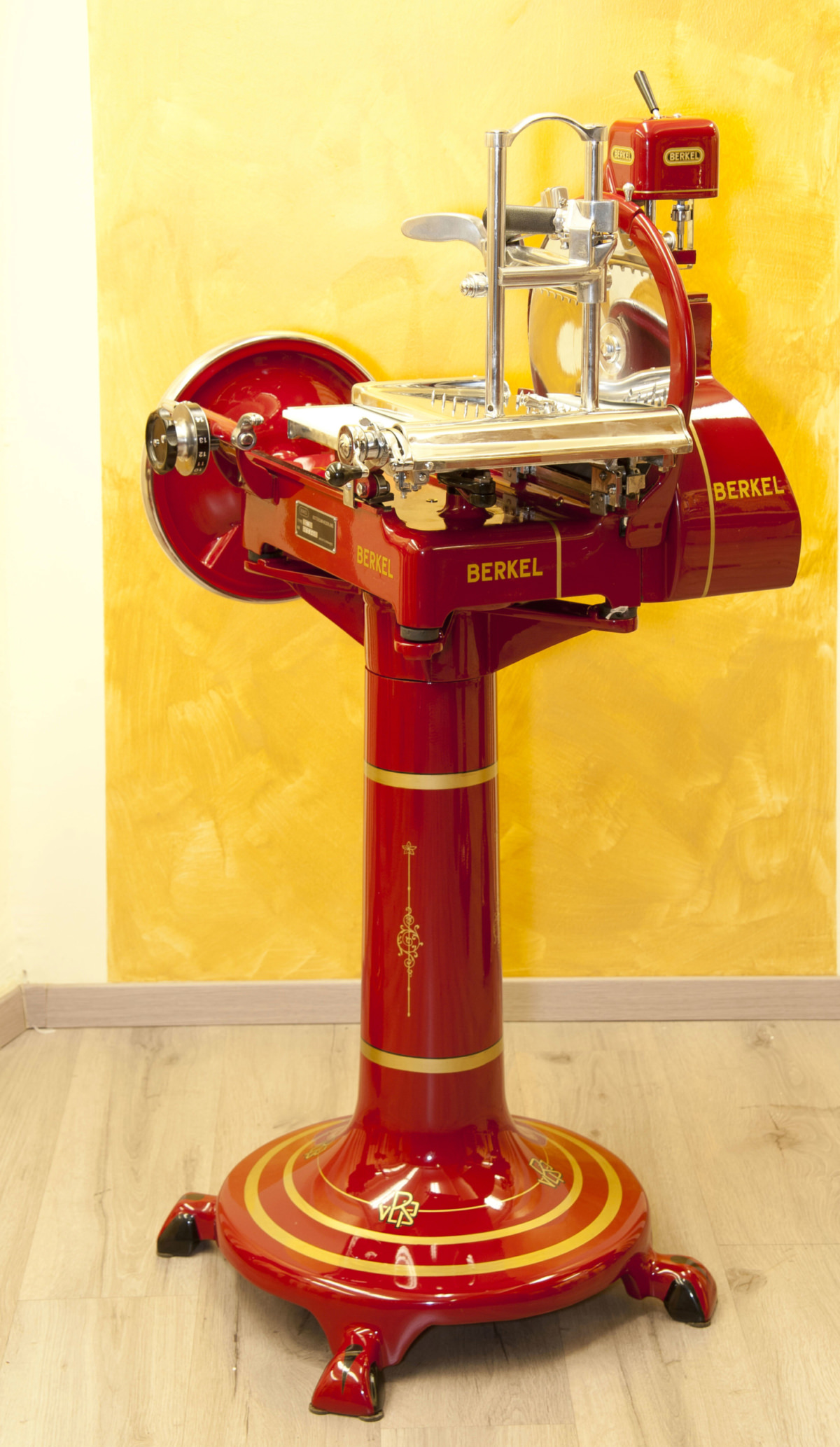