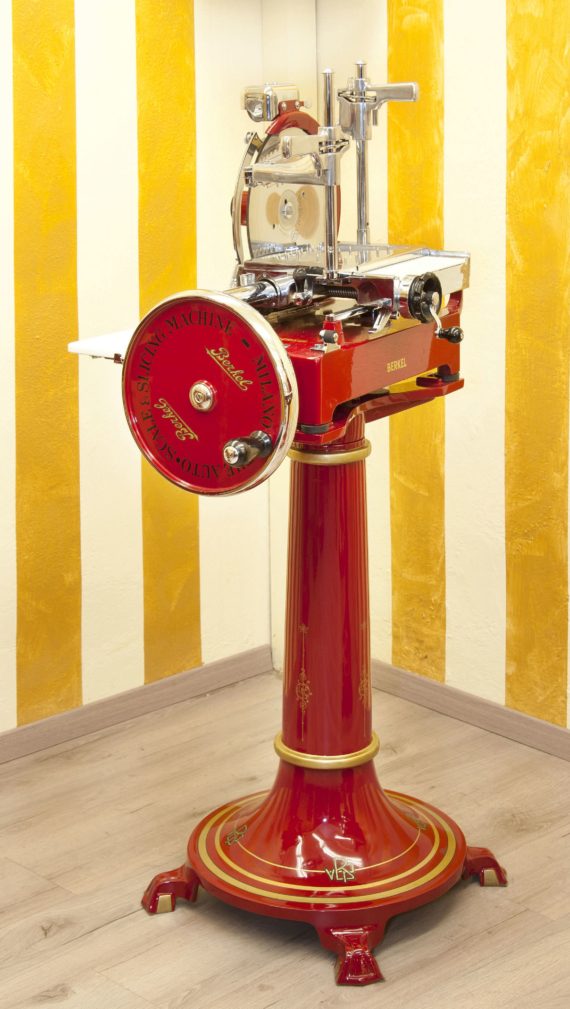 7
Original brands of the period in copal varnish
PreviousNext
1234 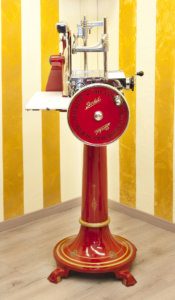 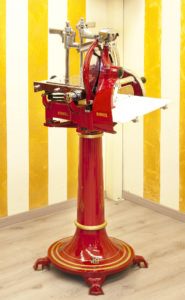 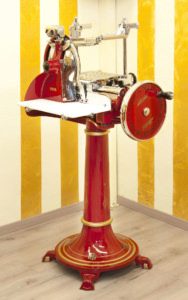 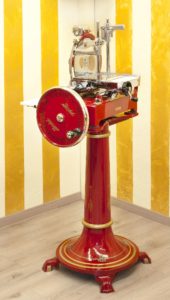 Berkel slicer Model P was produced only and exclusively in Italy in the factory of Milan. Together with the mod. NS (1932-1936) it is the smallest machine never produced before by Berkel.

That feature has made it appreciated particularly by the itinerant salesmen and little shopkeepers.

columns placed in the back side.

The machine has got a closed flywheel that puts a gearing into action placed under the base. It moves both the blade through a belt or a chain and the shifting cart through two connecting rods.

At first the shifting cart, close to the blade, shifted inside a hub, at sight; then it is covered by a round cap. While, at the opposite side, the cart leans on a rod by means of a running wheel.

The slice adjustment clock – one of a kind – is on the shifting cart. It is in the front side part and is connected with the endless screw by a cog-wheel. Through a bill shaped rod, it produces the movement by means of a mechanism located at the base of the slicer. That movement puts the endless screw into action. It is fitted under the cart in the front side, where the comb vice is inserted producing the movement to slice.

The cog-wheel is connected to a crank that shifts the vice consequently when moved on the right or left, as you like.

The sharpener is small and is covered by a black plastic or metal cap.

The hub supporting the blade is fixed to the shoulder, which is flat outside with a wing shaped arch.

That allows to lengthen an opal glass top tray, so you can manage more laying surface 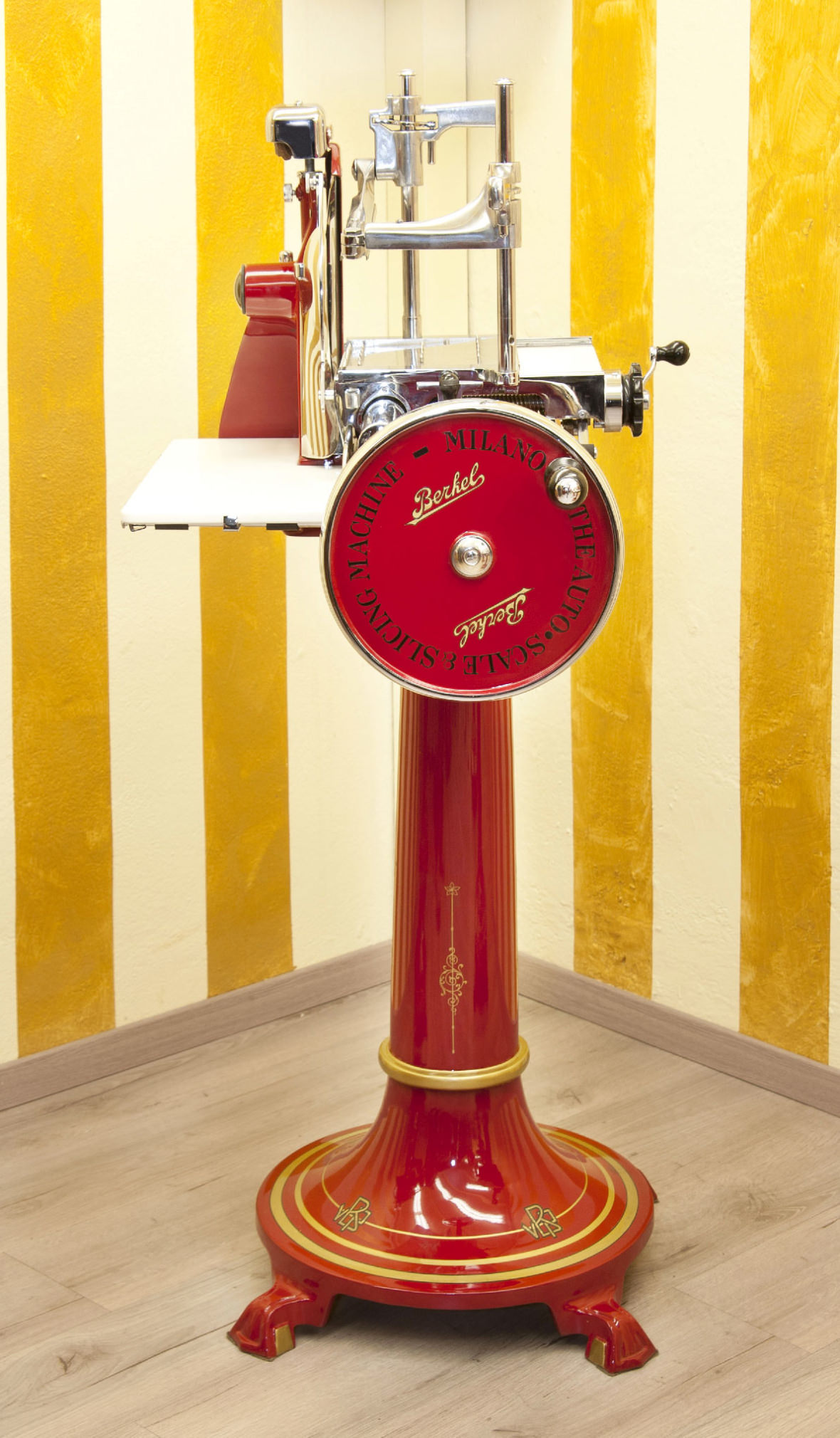 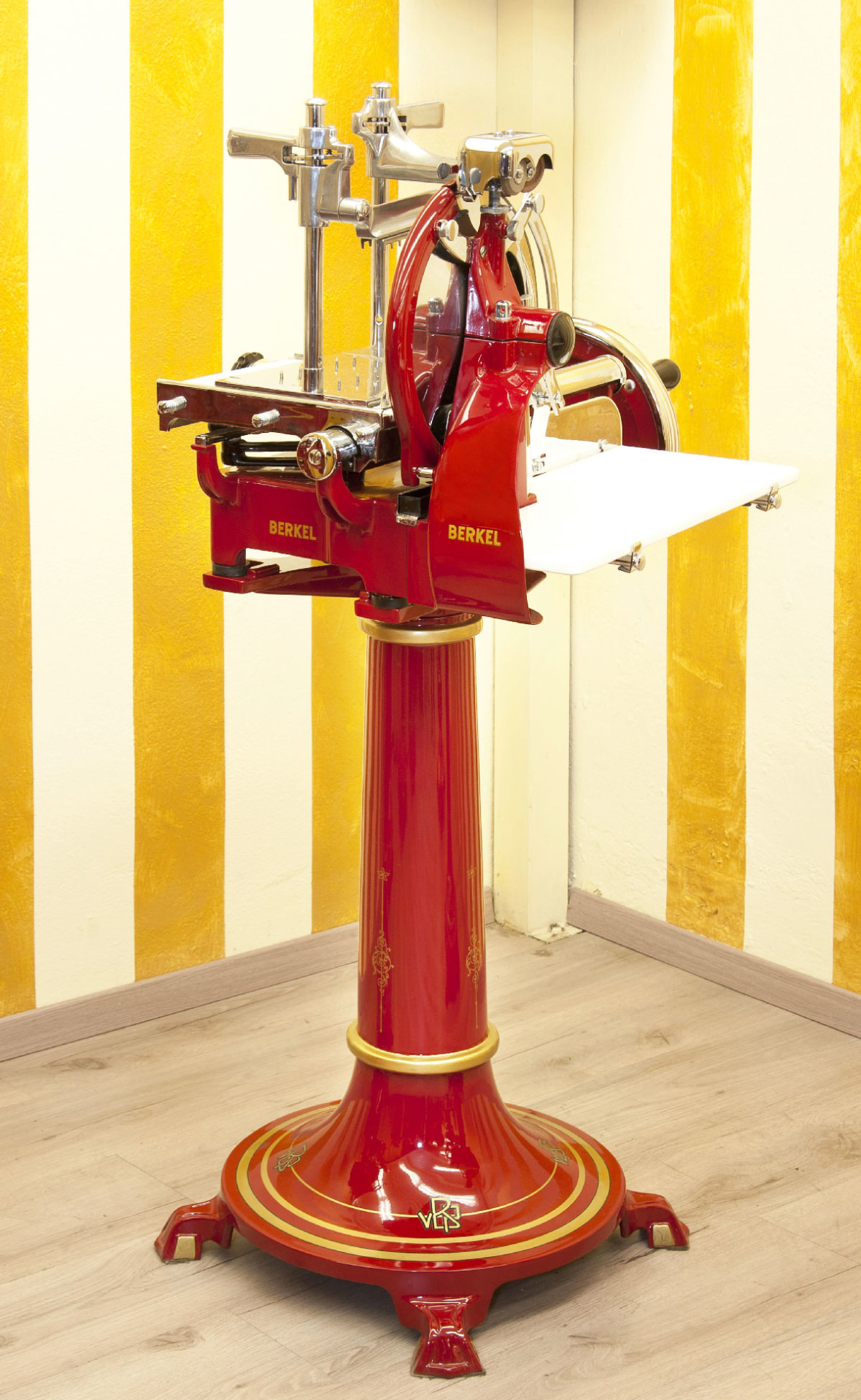 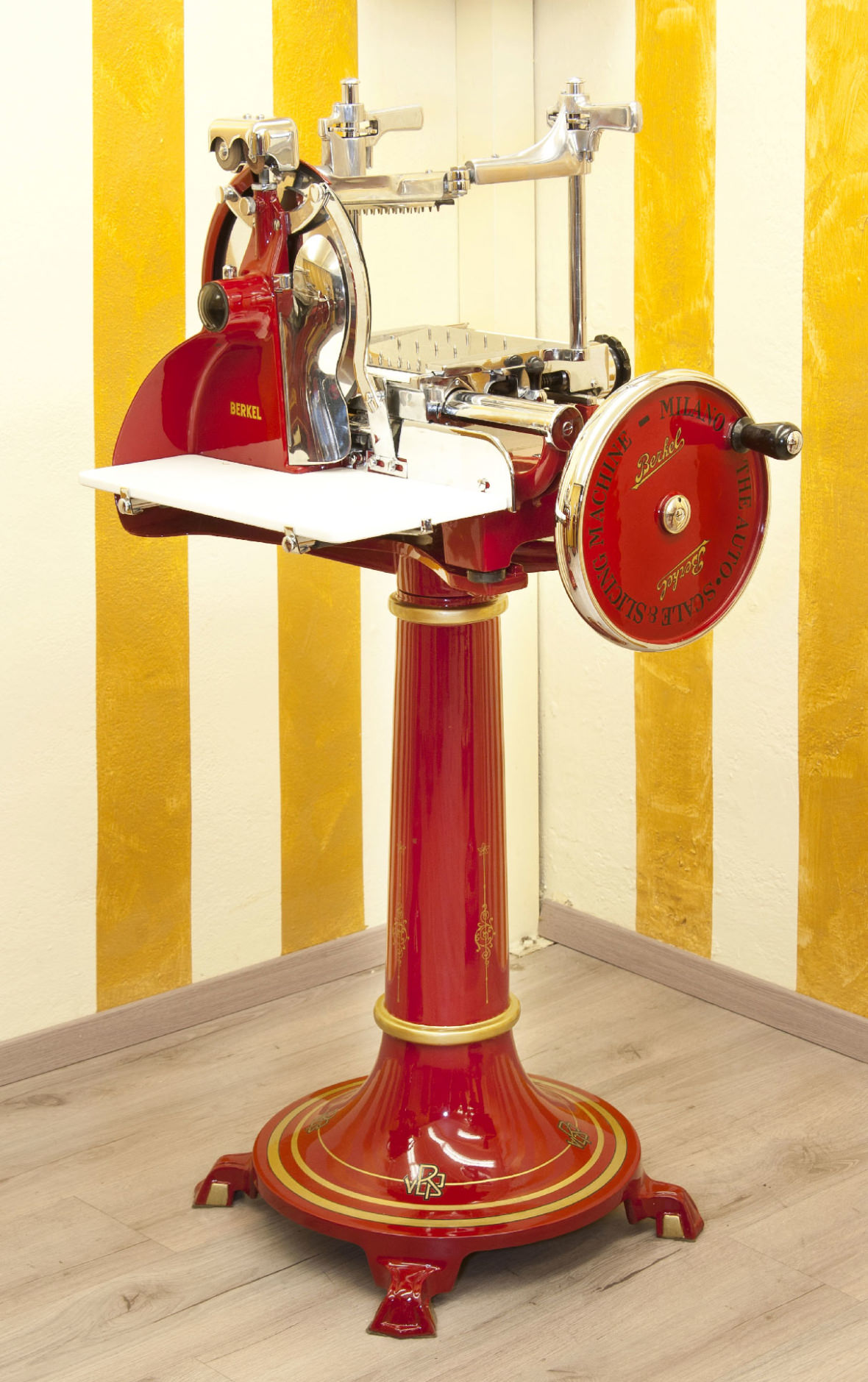 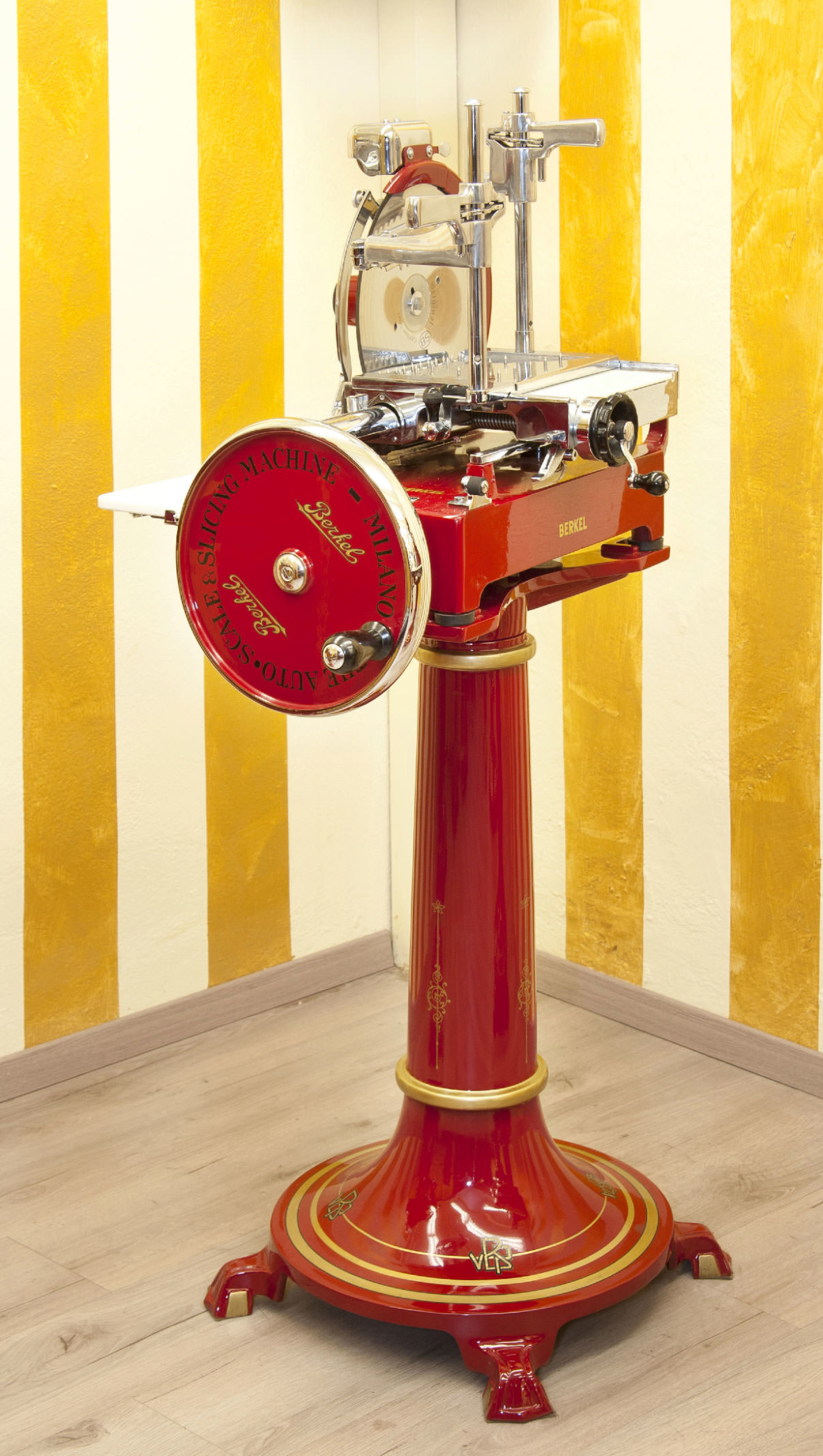