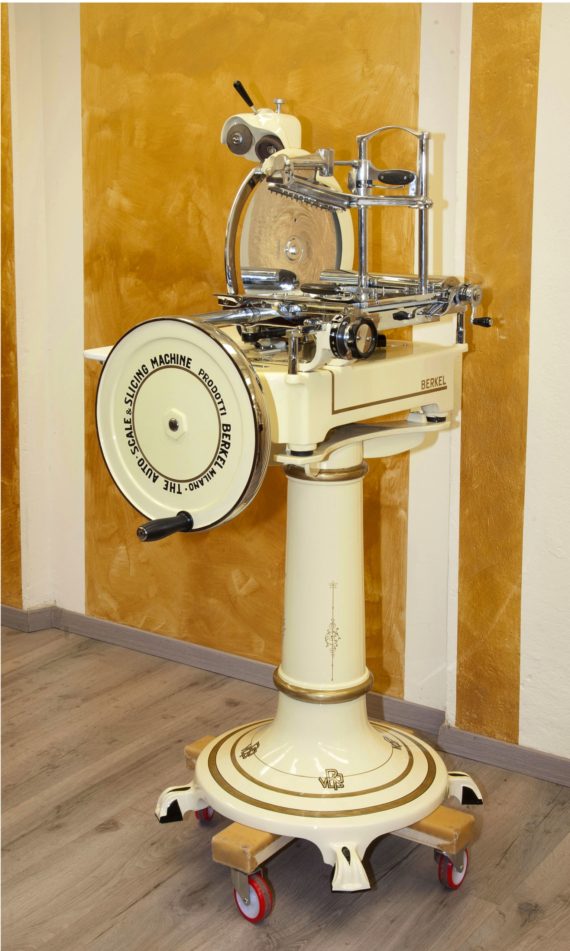 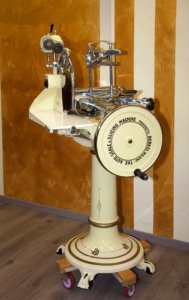 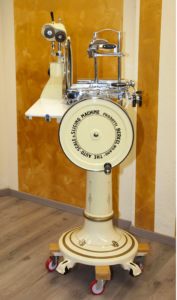 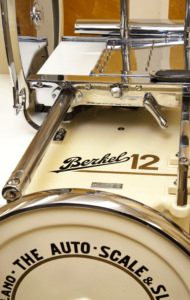 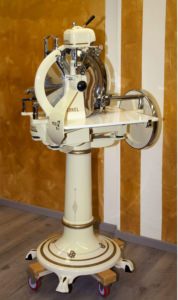 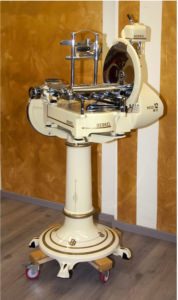 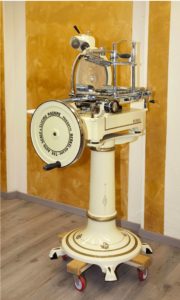 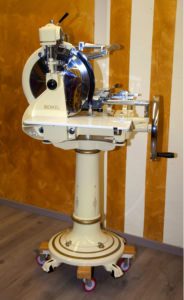 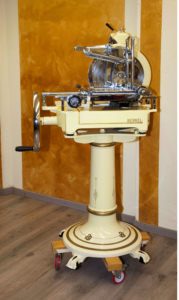 The Berkel model 12 slicer was built exclusively in Italy, by “THE AUTO-SCALE SLICING-MACHINE Milano”, also in Milan the model P, model P30 and model 10 were built.

The flywheel is closed and smooth, activates a system of gears located under the base that generates the movement of both the blade through the chain and the sliding carriage through two connecting rods.

The machine has a sliding carriage that in the part near the blade slides inside a pin. Instead, on the opposite side, it rests on a square bar using a sliding felt. The two guides are supported by four columns (two for each), fixed to the base.

The clock for adjusting the slice is fixed on the base of the machine and activates a beak-shaped lever, placed on the axis of the toothed wheel on the trolley. This, in turn, transmits the movement to the worm screw where the vise comb is inserted, which generates the movement for cutting.

The toothed wheel is connected to a crank which, manually operated in both directions, moves the vice to the right / left according to the desired.

The shoulder, where the hub that supports the cutting blade is fixed, is flattened on the outside with a wing-shaped arch. This allows the elongation of the glove box consisting of an opal glass top; therefore, to have more space for the support of sliced products.

The vice is of the “open” arm type, fixed at the rear with two columns and open at the front, with free access for large products.

The sharpener is covered by a painted cap and a front mask.

The blade, 370 mm in diameter, is mounted on the shoulder in the shape of a wing with the top in white opal glass of great thickness. 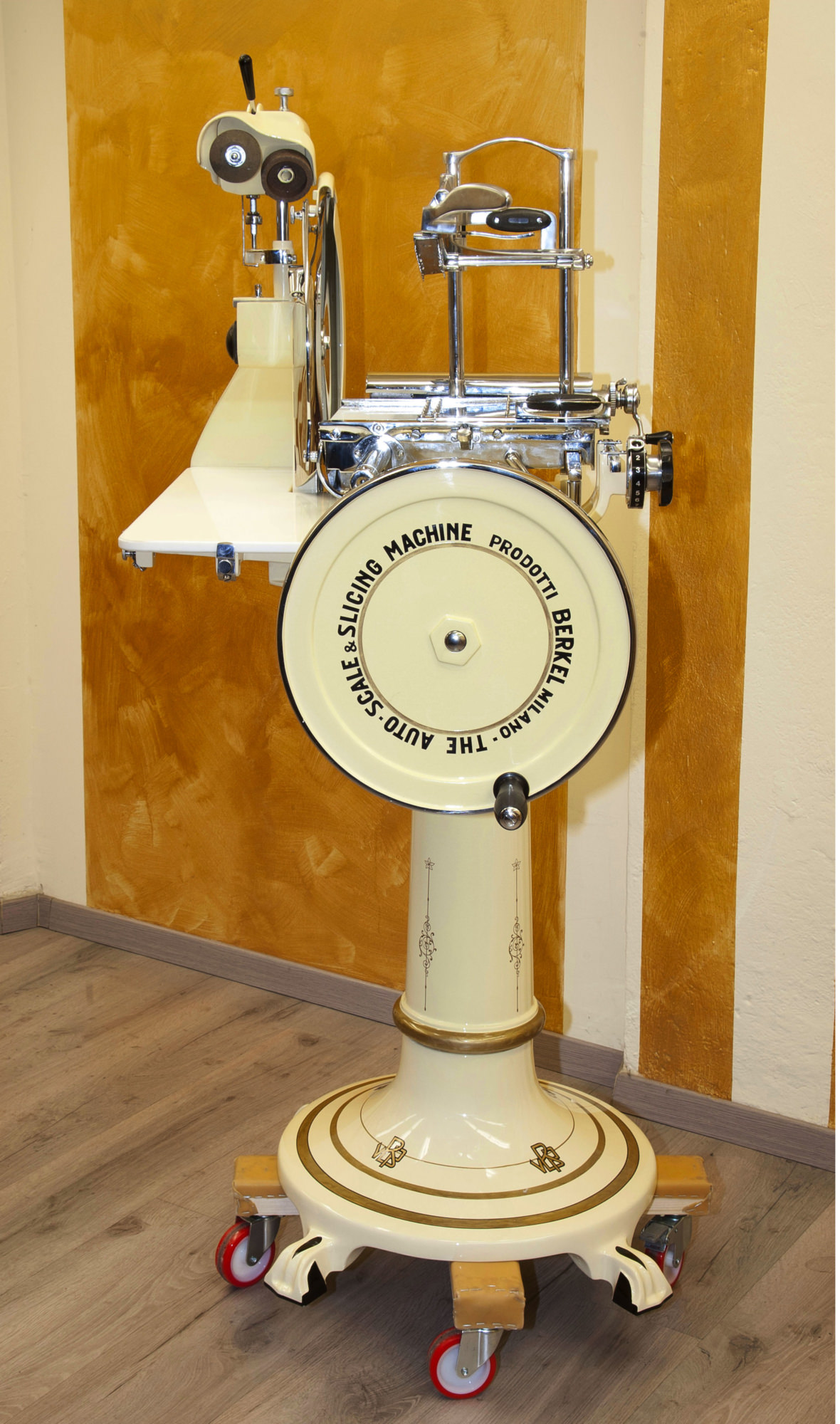 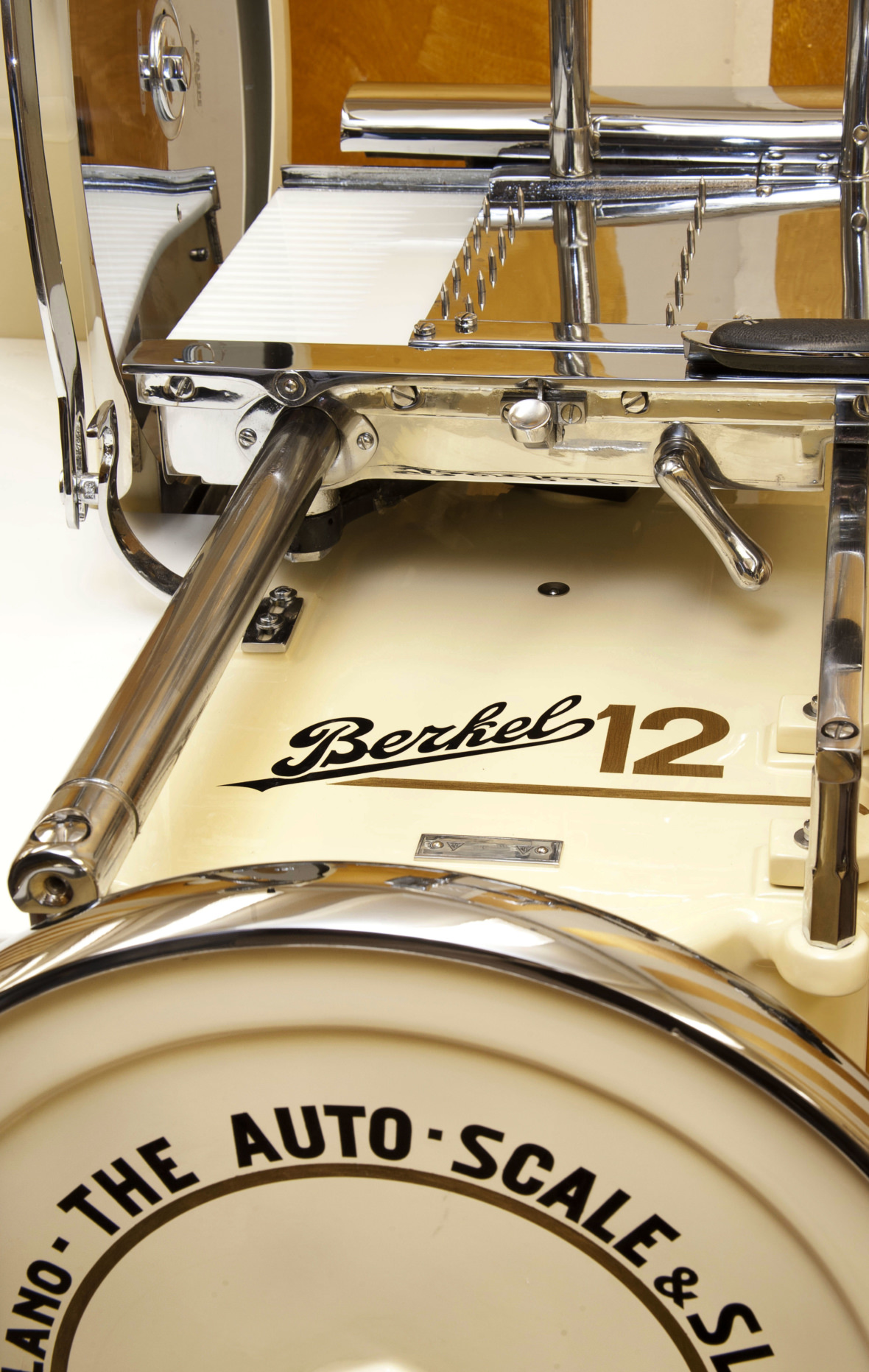 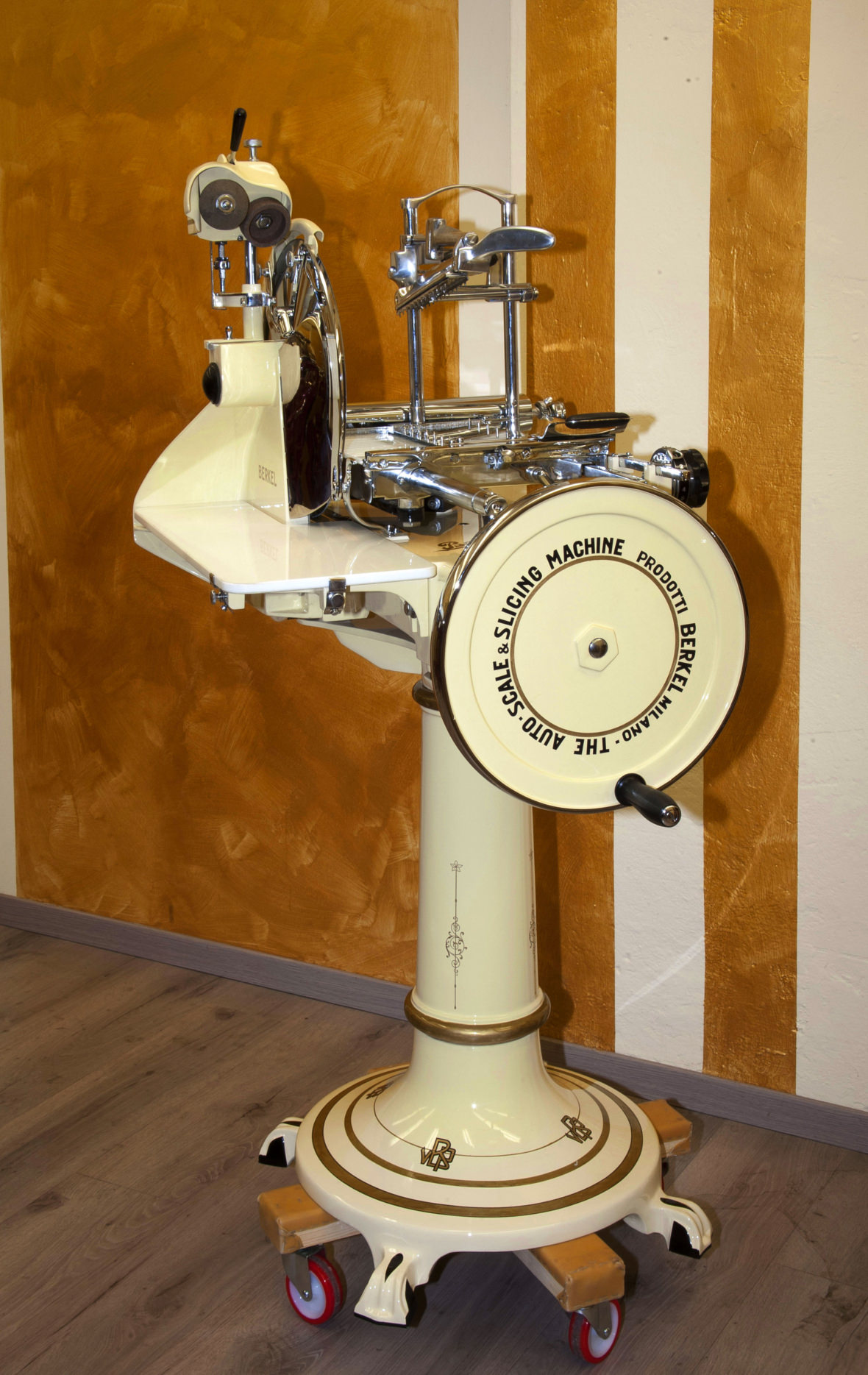 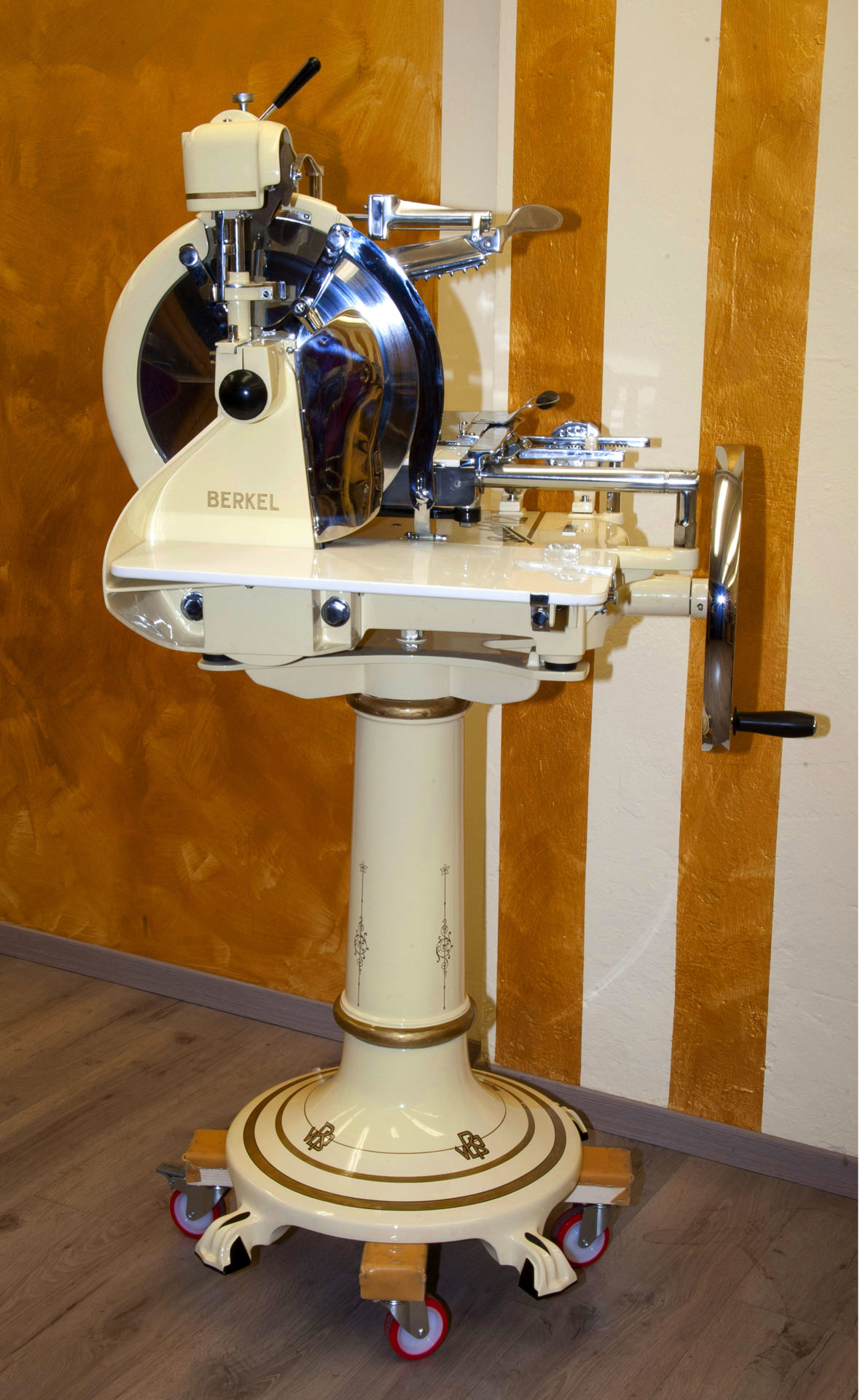 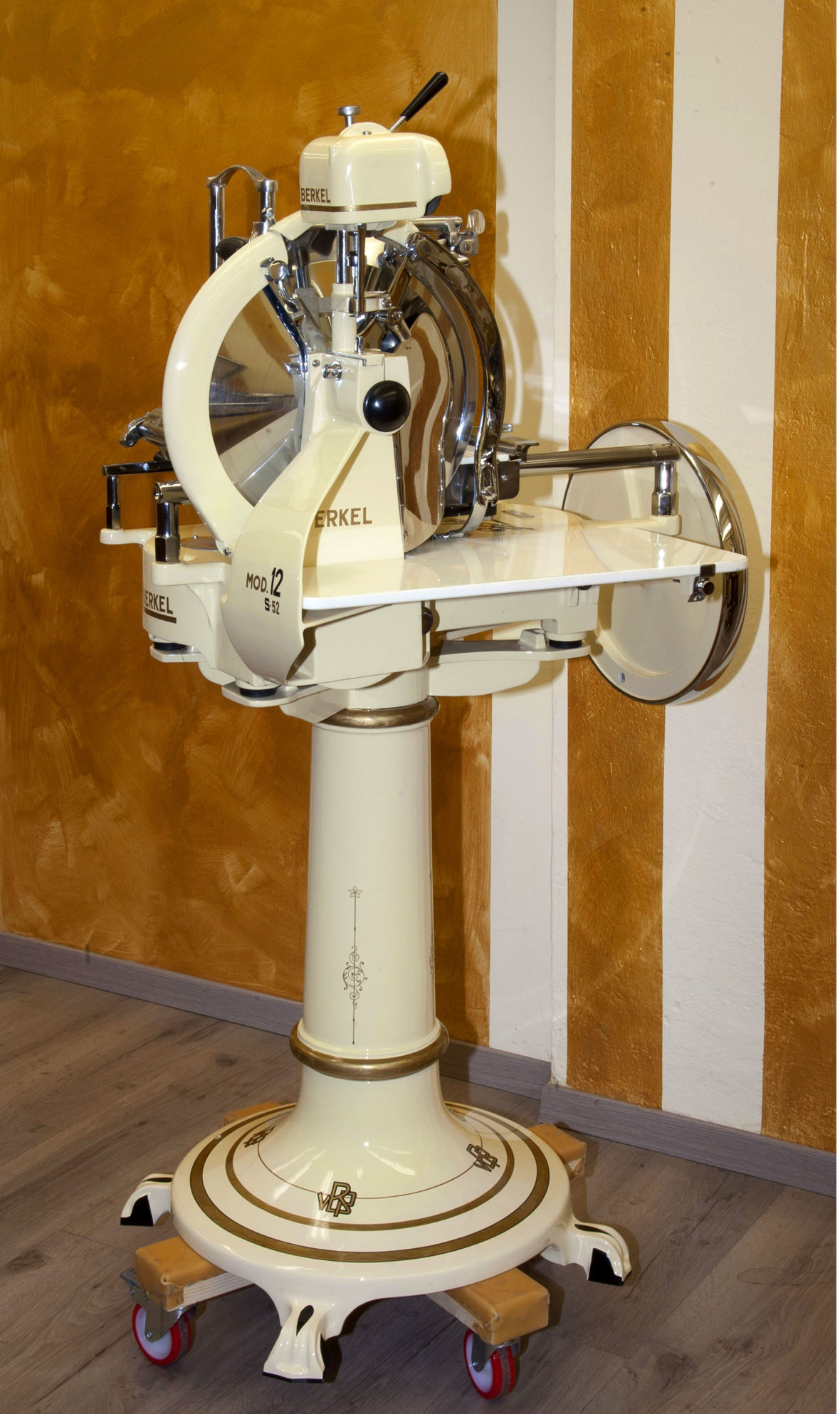 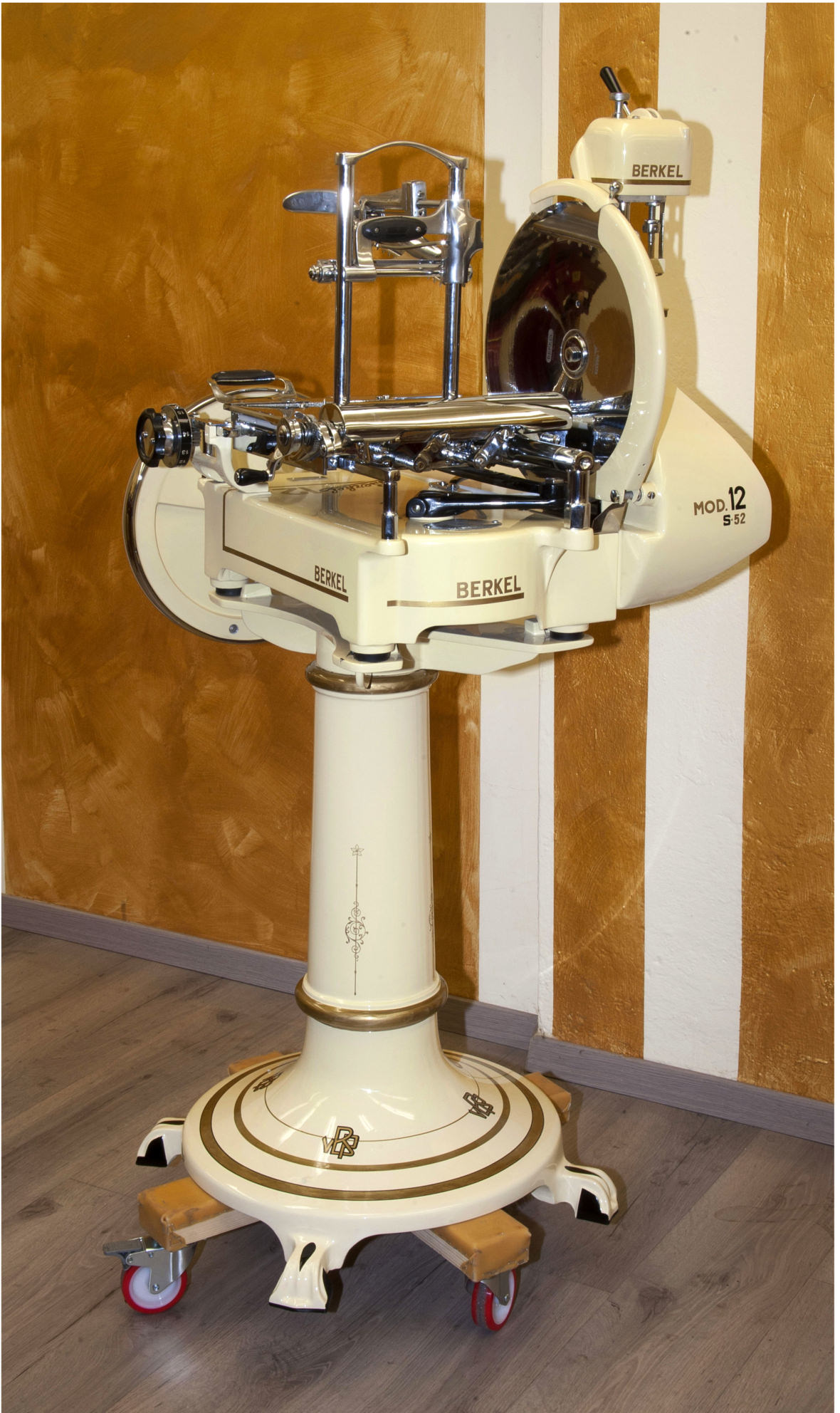 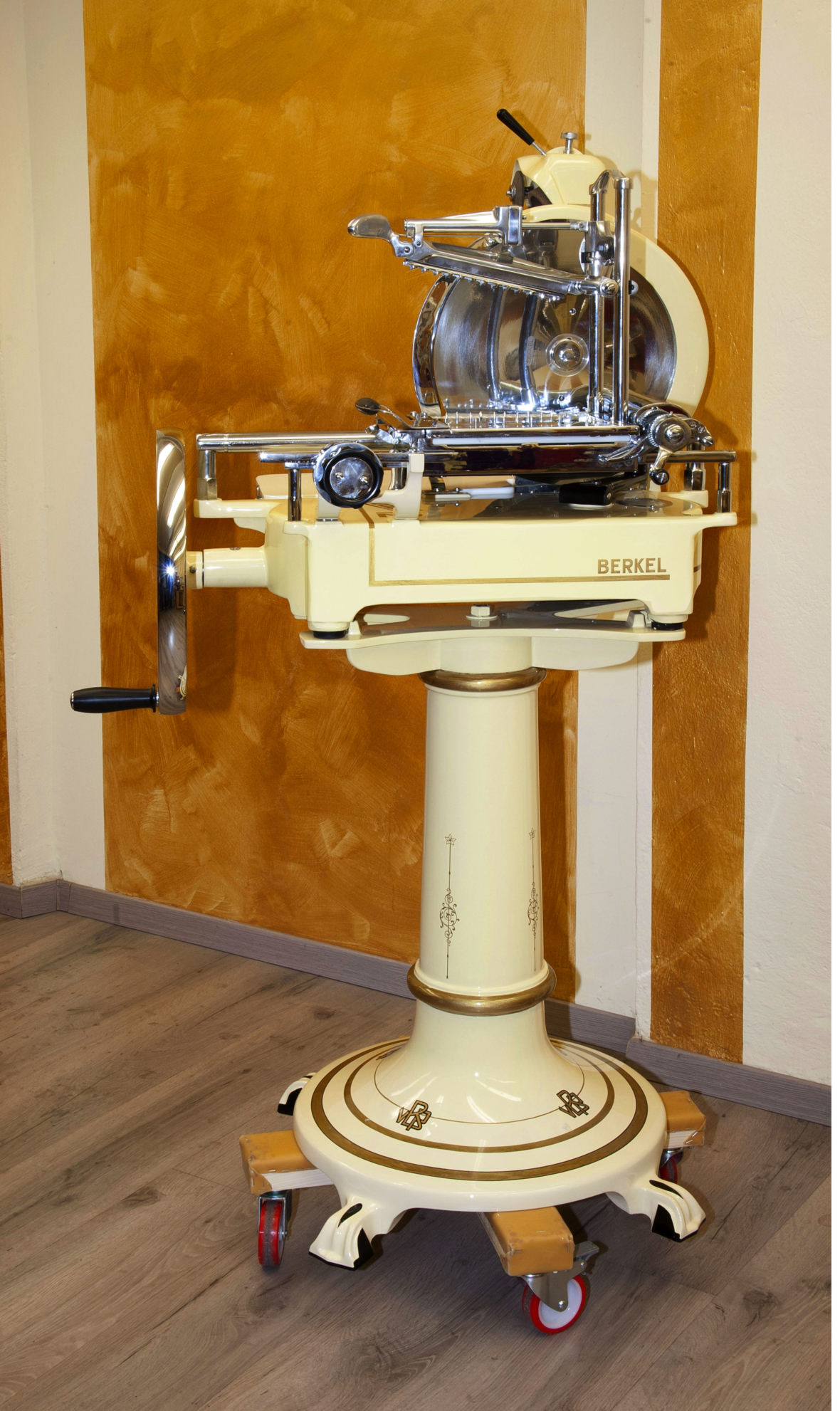 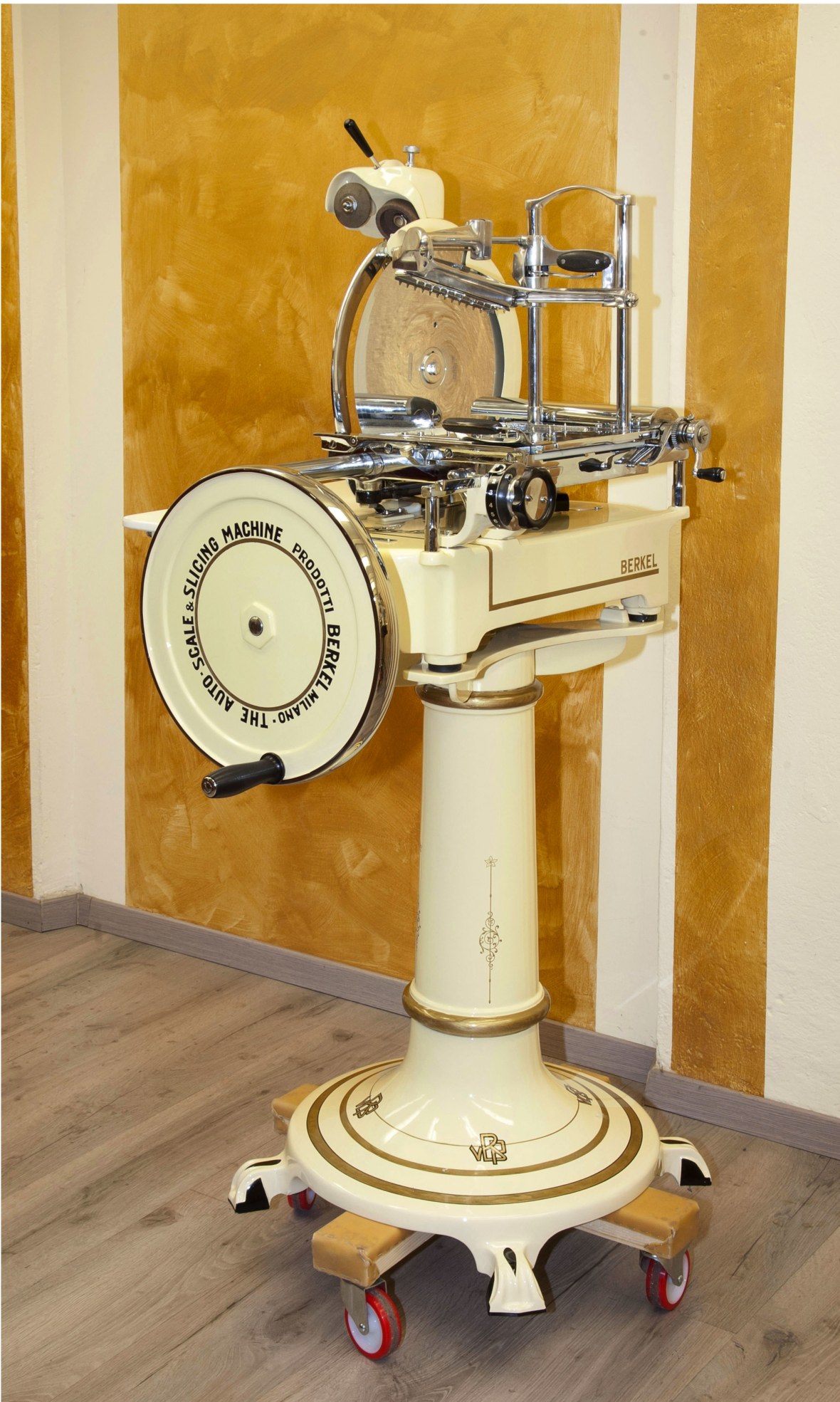